It’s official: I’ve survived my first two months of being a mom! I always love hearing people’s experiences as they jump into new stages of life—it’s fun to either learn about or relate to. Become a mom has definitely been the biggest change I’ve experienced in my life, so I thought it would be fun to share a bit about what the last two months have been like for us. 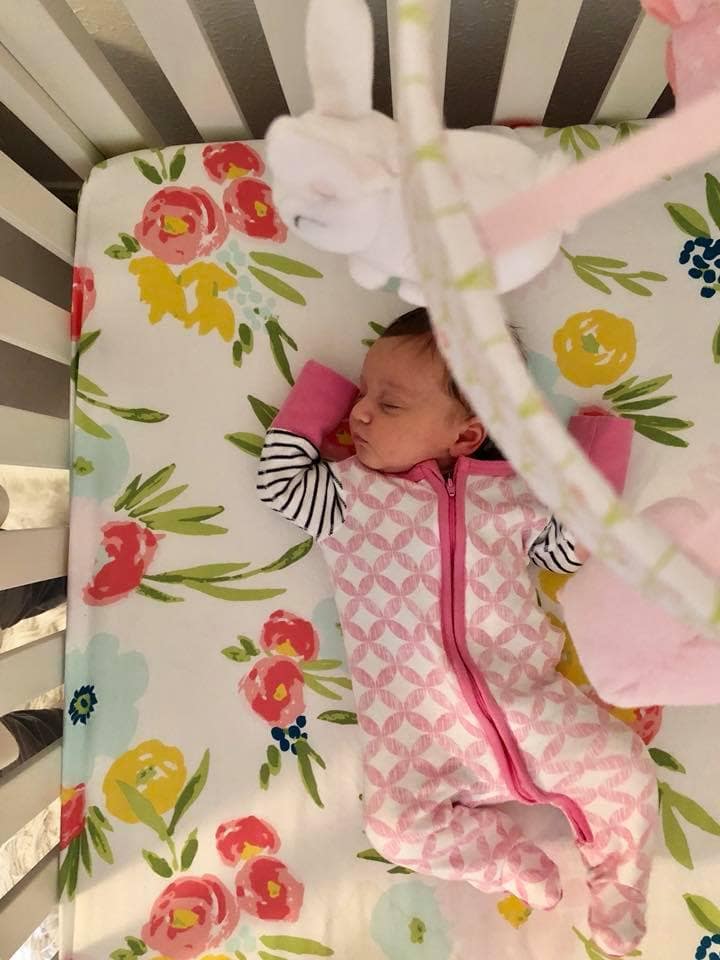 Plus, it gives me a great excuse to post lots and lots of Lily pics—which I have a few million of. ?

So, here is how the last two months have gone down…

This post contains affiliate links at no additional charge to you.

Sleep deprivation is not as bad as I thought it’d be.

Confession: when I found out I was pregnant, I was kind of dreading the lack of sleep that comes with a newborn. I was pleasantly surprised by how much easier it has been than I imagined. Don’t get me wrong—it sucks, but not as much as I was expecting. Of course, all this depends on your baby—some babies are sleeping through the night in months, and some take years. 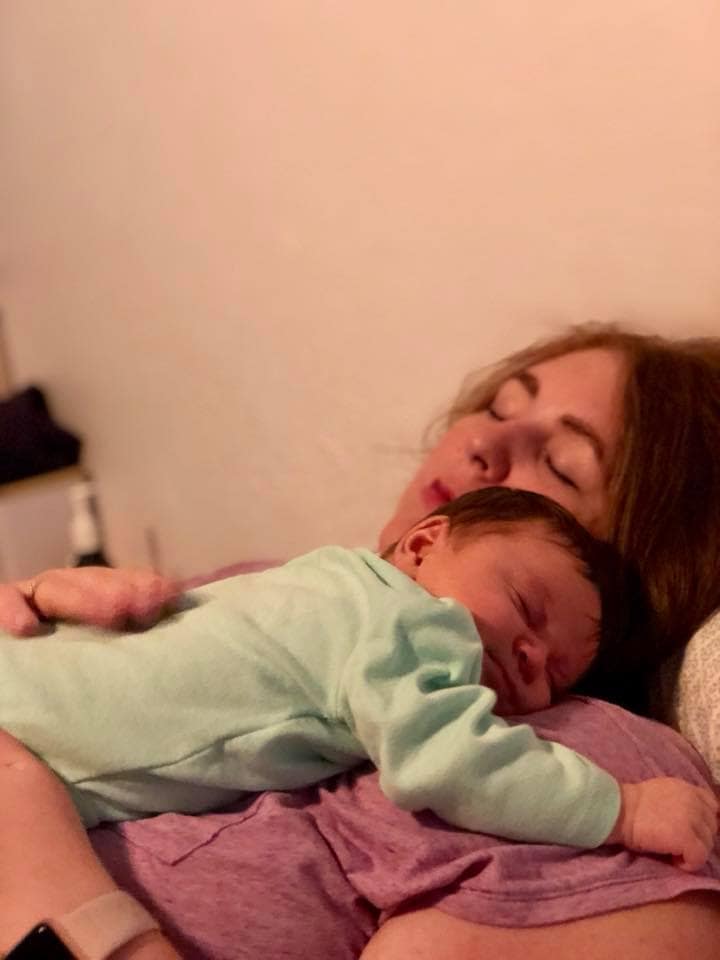 We decided early on that sleep was a priority for us, since having a good night’s sleep makes for a happy mom, dad, and baby. After hearing great things from Friends, we have used the Moms on Call book and schedule pretty religiously. Lily is still learning, but at 2 weeks old, she is sleeping anywhere between 5-8 hour stretches at night, and on track to hit 12 hours straight by 12 weeks.

Having a baby is fun.

Yes, you heard me, it’s fun! I always had thought having a baby would be really hard, but a necessary step to get to the fun age of like 4 years old. But I was pleasantly surprised at how much fun Lily has been! She loves to cuddle and snuggle in close when I hold her, which makes my heart explode a little bit. She’s starting to make sounds and smile at us—I’m telling you guys, there is nothing in the world to make you grin like an idiot than an infant smiling at you! 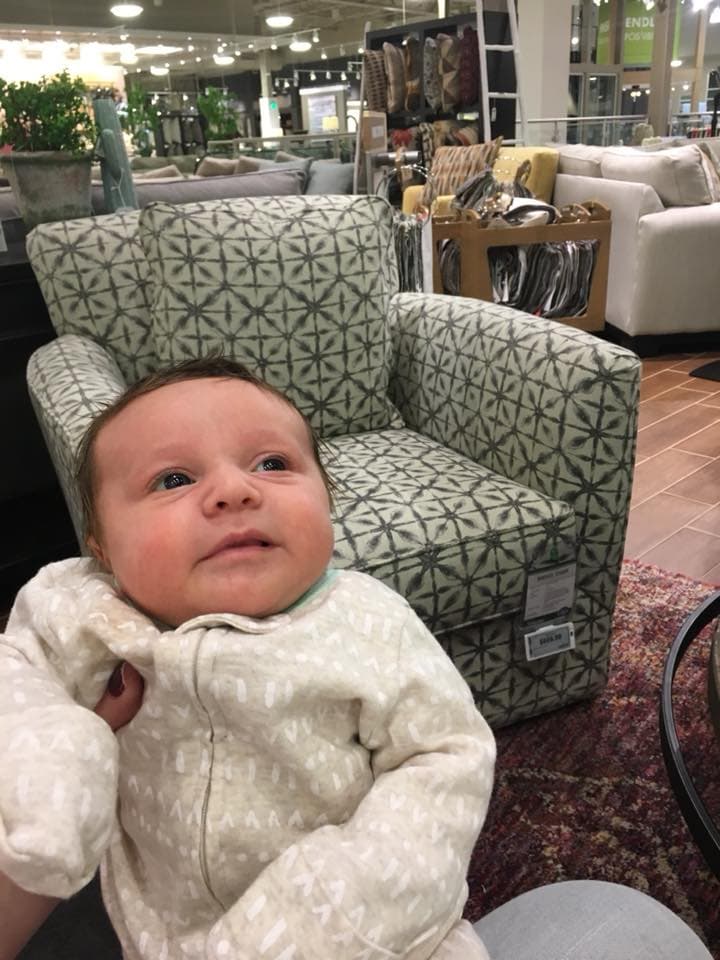 Having a baby has been great for our marriage.

I had heard pretty consistently that having a baby would be the biggest challenge of our married life. We have even gotten some snide comments before about how we were so happy together only because we were childless (insert eye roll). 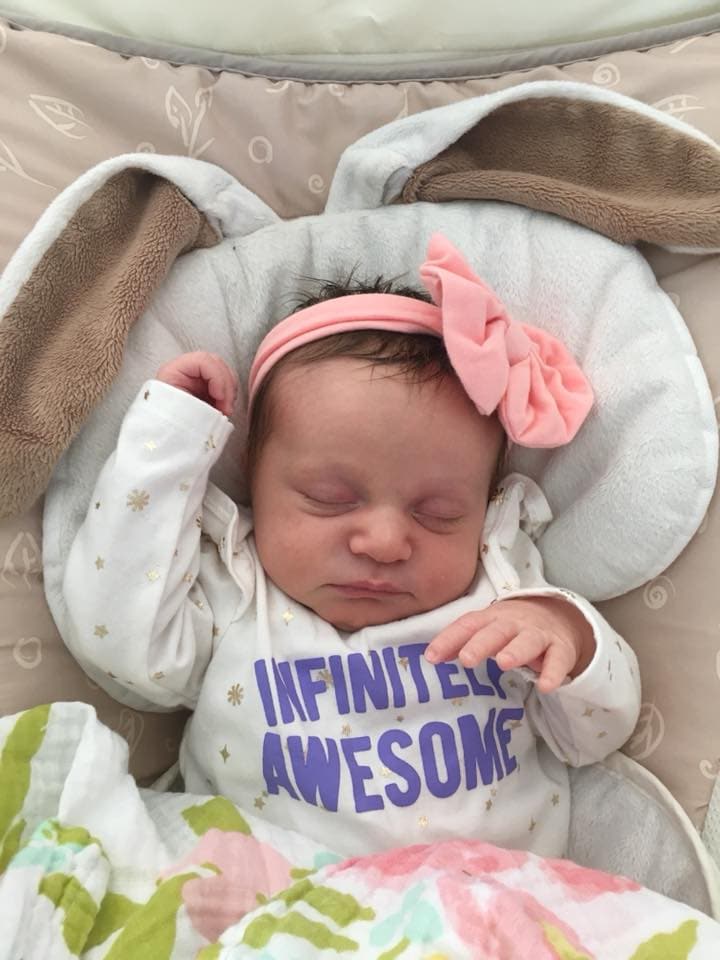 I’m pleased to report that our marriage is better than ever (so there, naysayers!). Scott and I have been partners in the parenting realm as much as it’s possible to be—and nothing makes you love your spouse more than watching them play with your baby (or offering to change every single diaper!).

Being a mom has made me more patient.

I definitely have never been known (or claimed to be) a patient person. With a baby, you don’t really have a choice. You have to be patient, or you will go crazy! When your sweet girl is crying at 3 am for no known reason, your love for her kicks in and it’s suddenly so much easier to be patient with her. 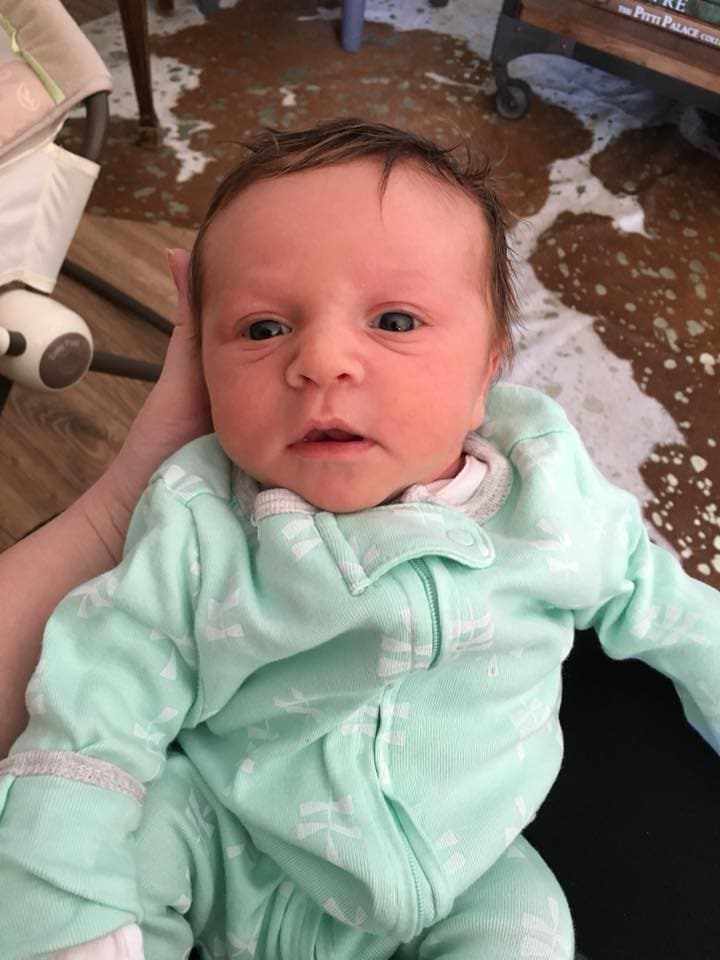 Having a baby has even made me a much calmer driver! In traffic, I am constantly reminding myself to slow down and drive carefully because I’m someone’s mother now. So crazy!

Recovery from labor was SO easy.

I have always been really scared of labor and was even more so nervous when I found out I’d be having a c-section. I heard a ton of horror stories, and I am SO happy to report that having a c-section was one of the easiest, best things I’ve done. Not only was the recovery really easy, it ensured my sweet girl arrived safely.

I feel so strongly about it, I wrote an entire post about my positive c-section experience.

Breastfeeding has been SO hard.

This has been the hardest part of the past two months, hands down. I was nervous to breastfeed because I read a lot about it and heard some scary things about cracked nipples and the like, which sounds horrible.

While I didn’t experience any pain (at all!) with breastfeeding, I ran into a whole different set of problems. From the very beginning, Lily and I have had breastfeeding issues. The first few days, she wasn’t interested in eating, and when she finally was, I couldn’t get her to latch. After consulting with a lactation consultant at the hospital, we started using a nipple shield

but discovered that my milk hadn’t come in still. She lost 13% body weight in the hospital (normal is 5-10%), and we had to stay an extra day to make sure she gained weight which we did by using donor breast milk through a supplemental nursing system. 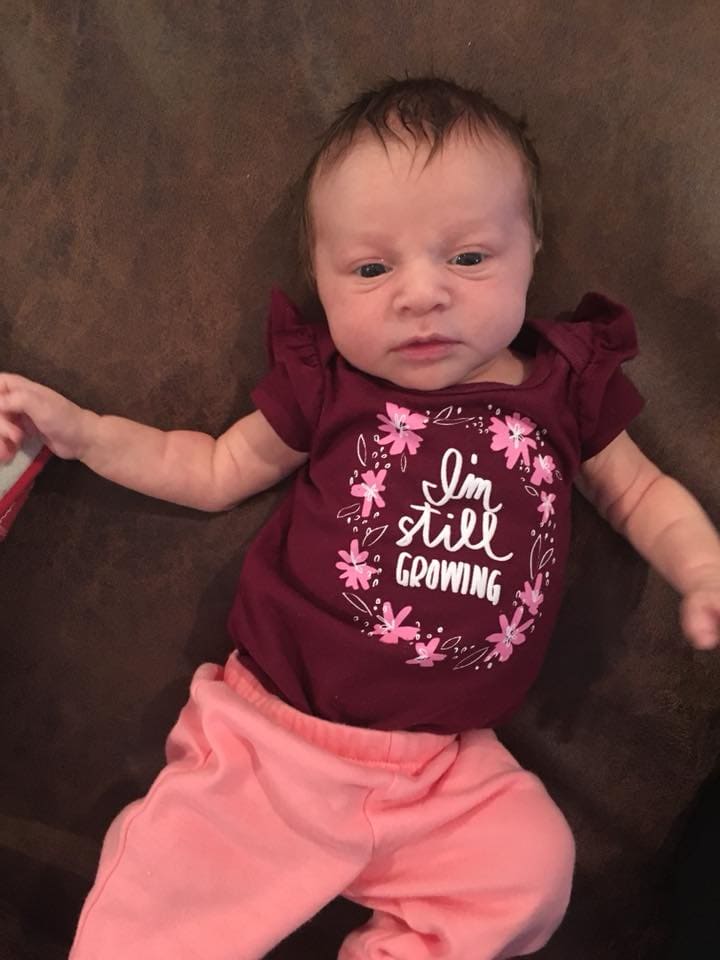 From then on, she was unable to gain weight and kept dropping ounces. Finally, we had no choice but to supplement with formula. I had a total breakdown in the formula aisle at Target—I felt like such a failure and was so, so sad. Looking back, a huge part of that had to be my postpartum hormones, because it was extra dramatic, lol.

I’m still not able to make a full supply—we are doing about half and half breast milk and formula. It was such a bummer, but now that I’m a few months out, I see a lot of benefits too! Scott is able to give her a bottle and bond with her during feeding times, and we are able to leave her with family for the day knowing she will be just fine eating. Lily has done so great switching back and forth between breast and bottle—we’ve been very lucky in that department!

Of course, I want to also affirm that there is nothing wrong with formula—but there is something so wrong about letting your baby go hungry. Once I was able to adjust my expectations and see the big picture, things got a lot easier, but it’s still a tender area for me because I really, really wanted to make it work and after trying everything from lactation cookies to medications and oils, I have just come to accept that this is how it’s going to be. I’m just so happy our girl is thriving and growing right on track now!

So, that’s a general summary of how being a mom has been—it has truly been one of the most fun seasons of my life. Yes, there are some hard moments, but they are so few and far compared to all the joy. 🙂

Tell me, mamas, what’s up ahead? What will month 3 and beyond be like?