While having an open floor plan has many advantages, there are a few disadvantages too. Like, only have four walls instead of the 12 others might have. And there’s only one logical placement for your television (if you are like me and refuse to put it above your fireplace ;)), BUT that one spot happens to be, as all your walls are, highly visible from every angle of your living/dining/kitchen rooms.

Anyways, during the first fifteen months of our crazy apocalyptic remodeledom, when we barely had a kitchen let alone the effort/energy/time to worry about spare wires, our tv (slash house) looked like this: 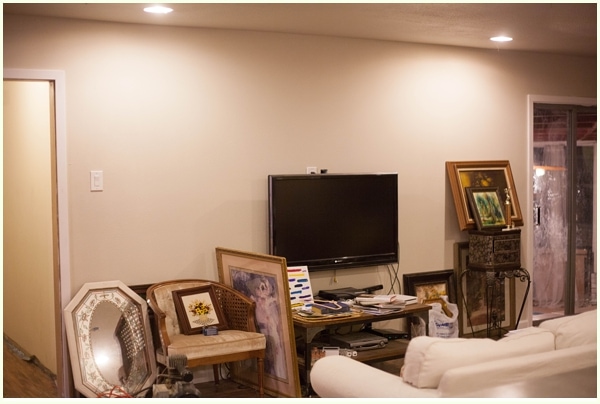 Then, I put up a gallery wall around the television to make it not look so crazy/giant tv on a giant wall-ish. And it looked better. MUCH better…but still cords everywhere. See them? Spilling around every side of the tv like the black spiny, ugly things they are? 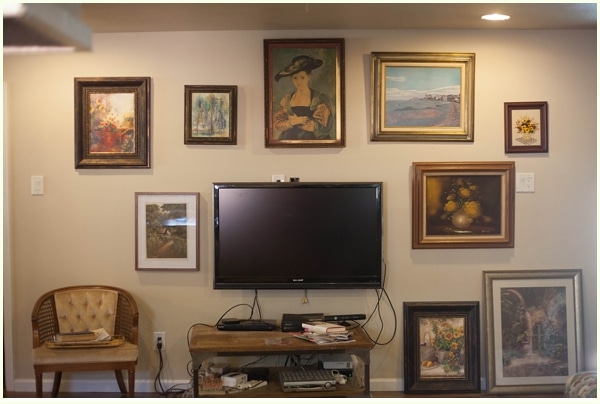 Then we had the opportunity to showcase our home on my favorite blog, The Handmade Home. And I realized that those wires were a big, big, ugly problem that didn’t photograph well, or sit well with me. So, thanks to Scott and our friend Coby, we stayed up late one night and fixed it. Yay! 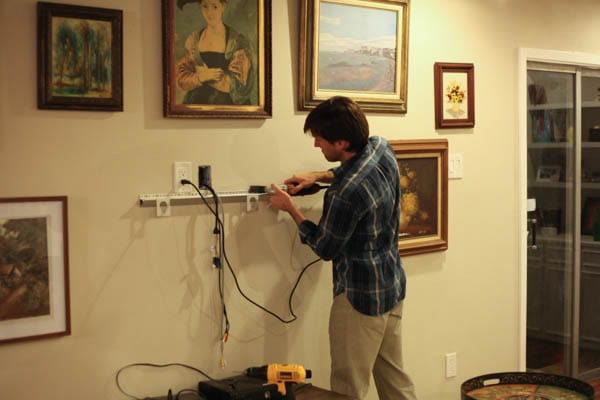 We disconnected and put away electronics we don’t use. Our wii and Xbox hasn’t been played in over a year, so we decided we didn’t need or want them on our (very open) media stand. 🙂 So away they went. Don’t miss them!

We put all the remaining electronics in that basket. It houses our internet tower, U-verse box and blu-ray player all live in there, plus any current shows/movies we are watching. Yes, the remotes work still…they reach the electronics through the basket weave. Woohoo. 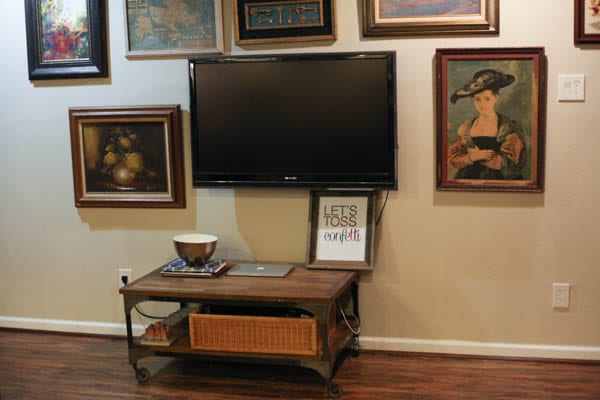 And I made a “let’s toss confetti” sign to sort of hide the one wire snaking up to the tv. 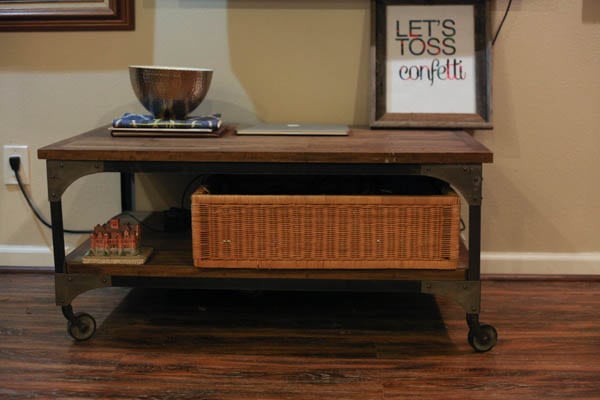 So, that’s my quick and dirty sort of way to hide wires. Shove them in a basket. 🙂

You can read all about me here.
Run To Radiance is all about living a radiant life and dreaming big.
Pull up a chair and stay awhile! :)