Wondering what Tuscany, Italy is like? I’ll tell you. It’s everything you dream it would be except about a million times better. I thought Tuscany would be quaint and charming, but I had no idea that I would be falling head-over-heels in love with the region—and one little city in particular. Come feast your eyes on all this loveliness!

We were only in Tuscany one day, which is not nearly enough, wah. We went with a fantastic tour group that I’d highly recommend called ­­­­­­­Walkabout. They had a bunch of fun looking tours, but the one we did was this one, The Best of Tucany Tour . I loved that we got to sit in the bus and travel between three incredible Tuscan cities, Siena, San Gimignano and Pisa. Our tour guide was so funny and knowledgeable and actually lived on a plot of land in Tuscany where she grows grapes, olives and saffron. I know, so cool right?

First stop was Siena. I really had no expectations of Siena besides being a town where a lot of people drank wine (Tuscany, right?:)). I honestly fell in love so hard with this little city! This city is now on my must-return to see travel list.

So what made Siena so special? EVERYTHING. Let’s start with the winding cobble streets that twisted through the city and go up and down the hills leading into the center of the city. Every narrow street was lined with rows of buildings, shops and apartments and each thing was quainter than the next. It’s the kind of town where people know each other forever, and I was instantly drawn to the warm atmosphere and friendly nature of the people. 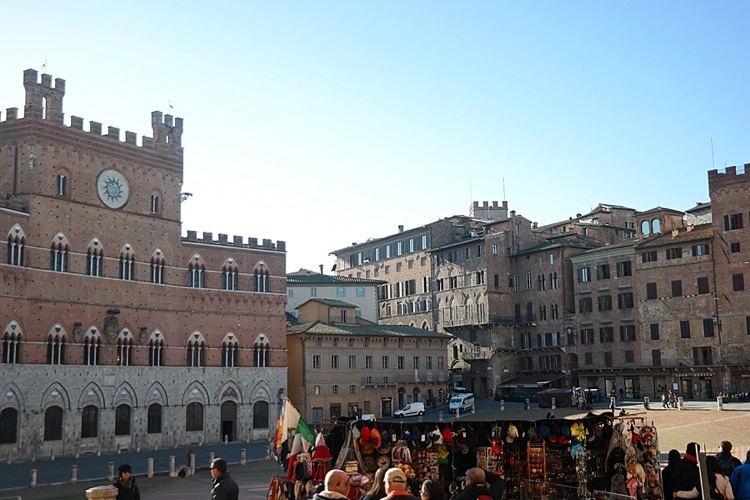 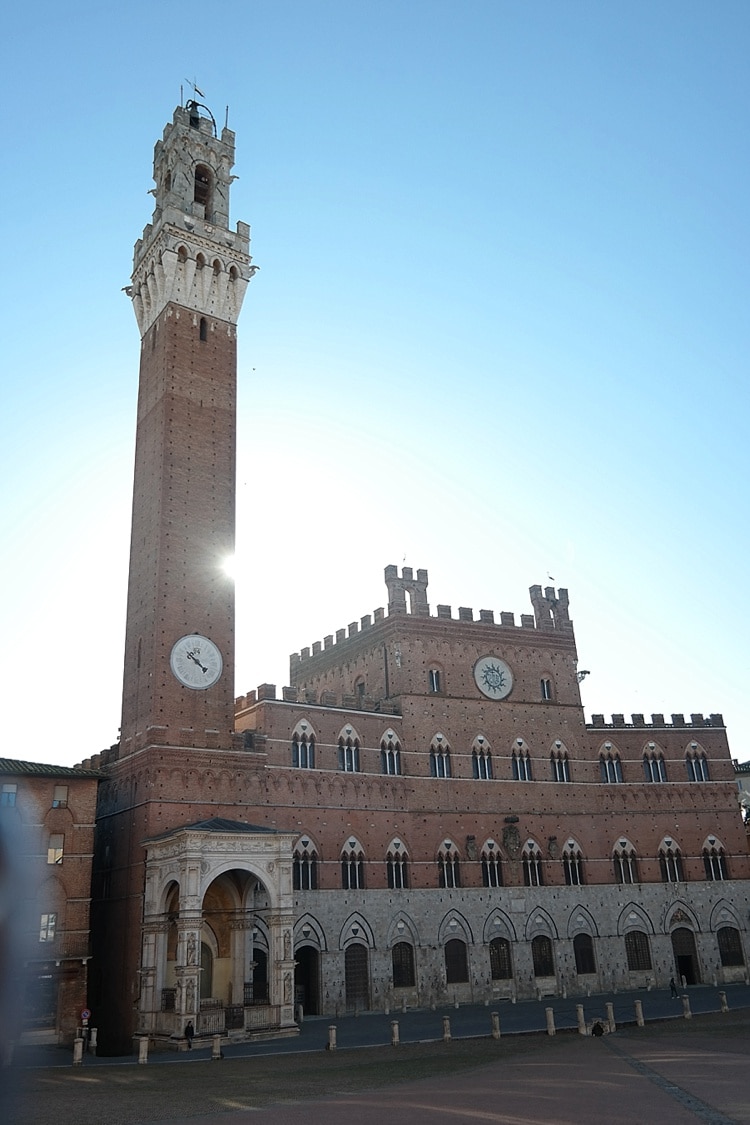 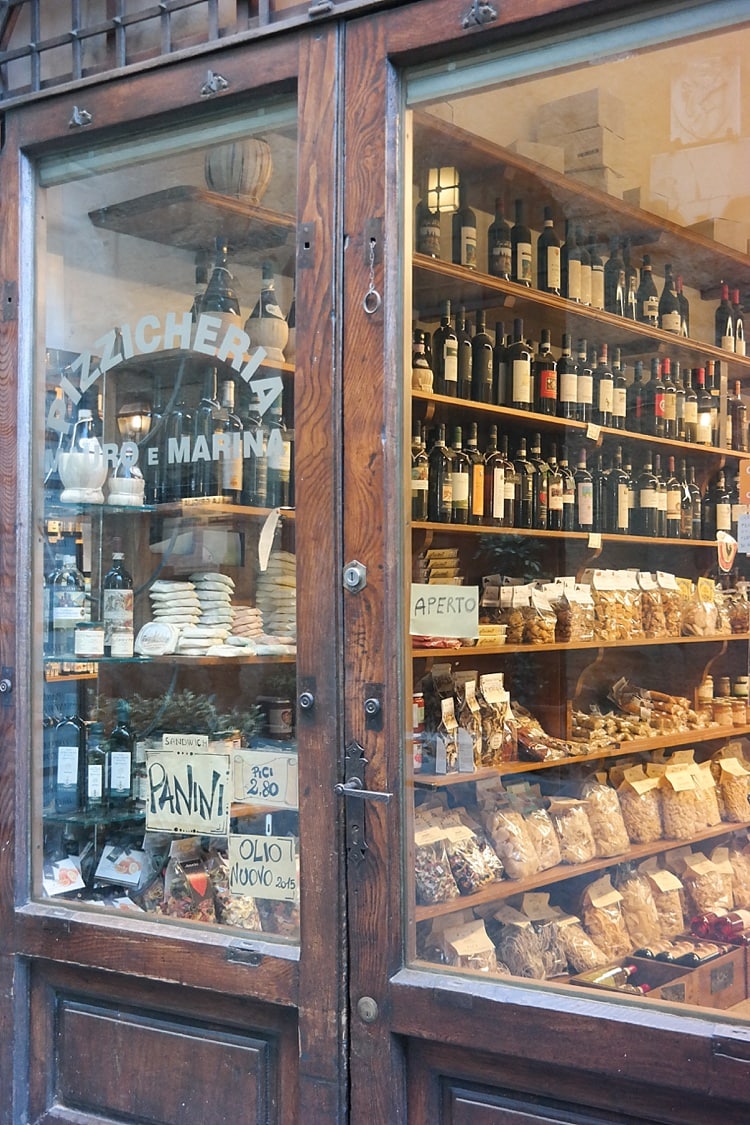 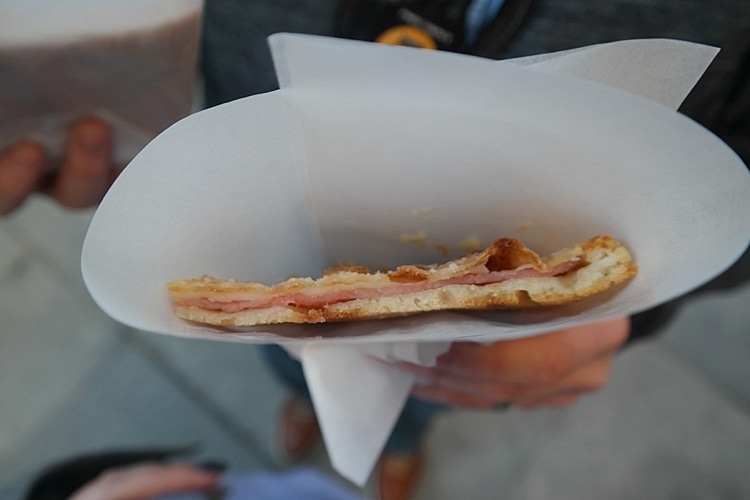 Also, they have the most beautiful church I have ever seen in my entire life, Duomo di Siena. Yes, sorry Paris, prettier than all of your wonders. See those pillars in the photos below that are black and white striped? It’s not painted. It’s different kinds of marble harvested from local mountains. There are works in there by a young Michelangelo and art everywhere your eye can see. I had to practically be dragged out of the church. 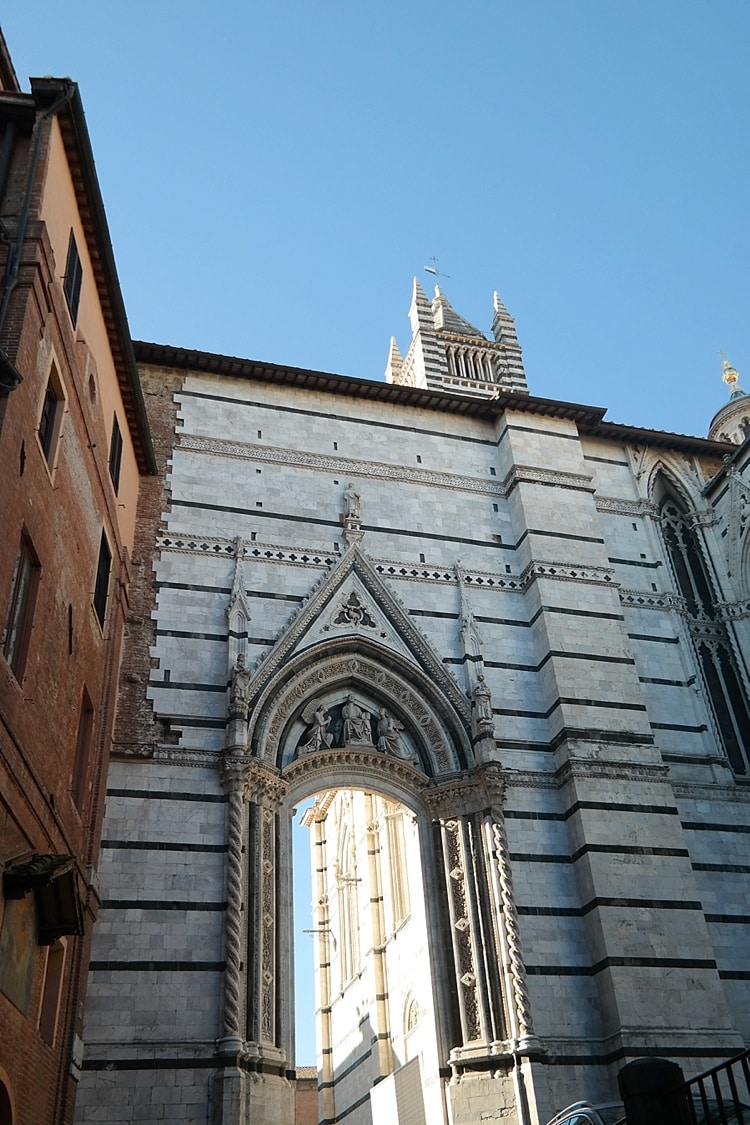 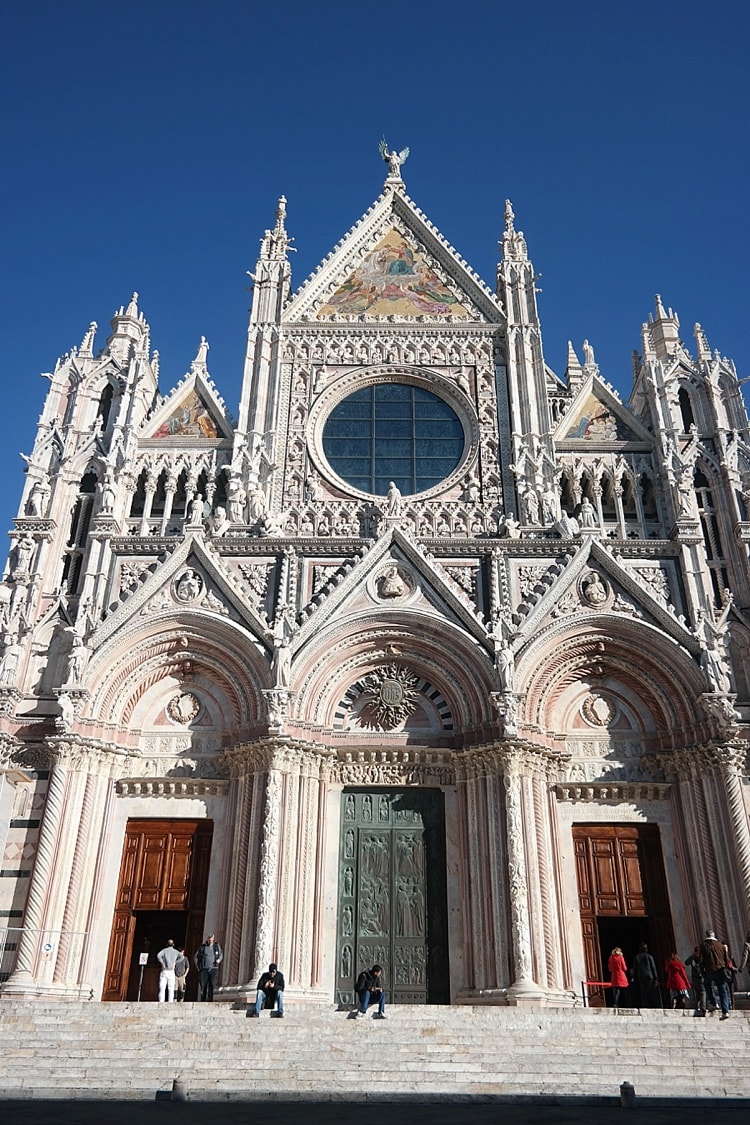 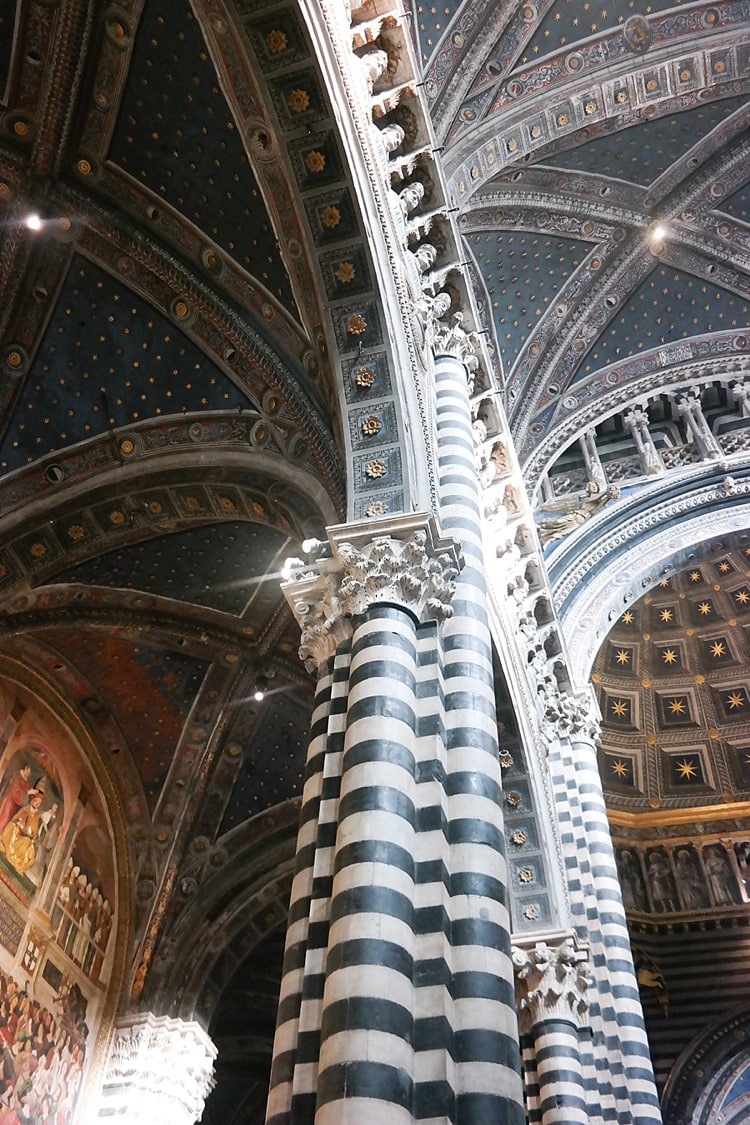 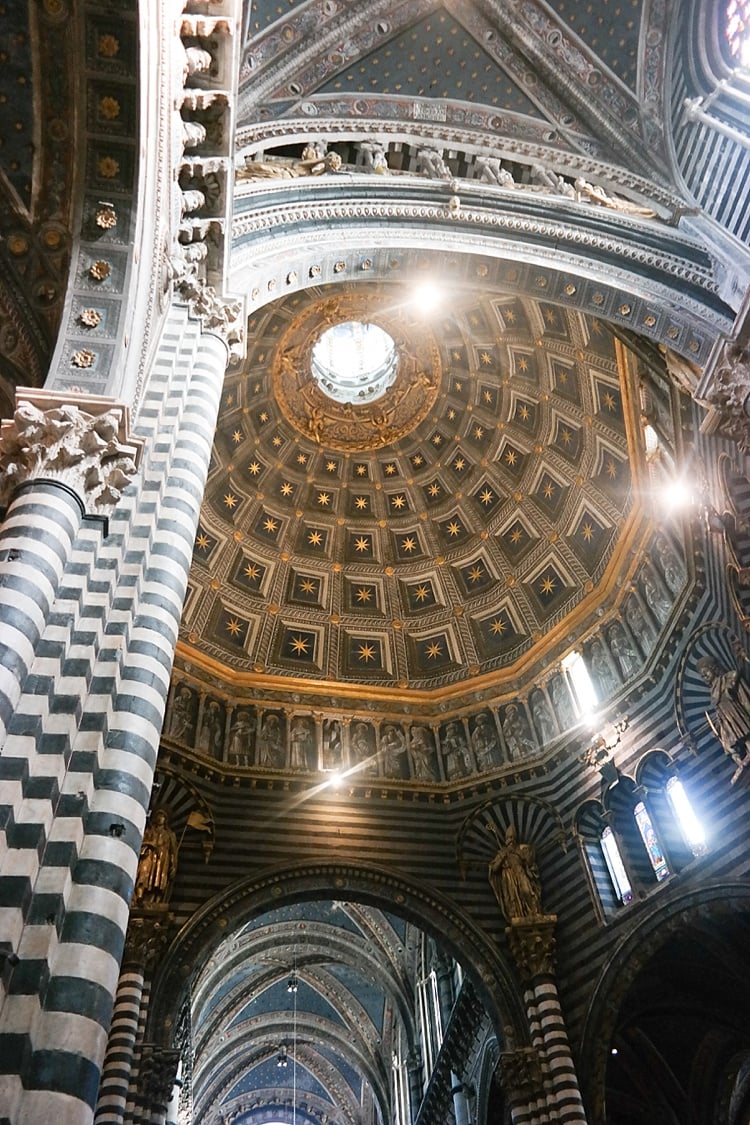 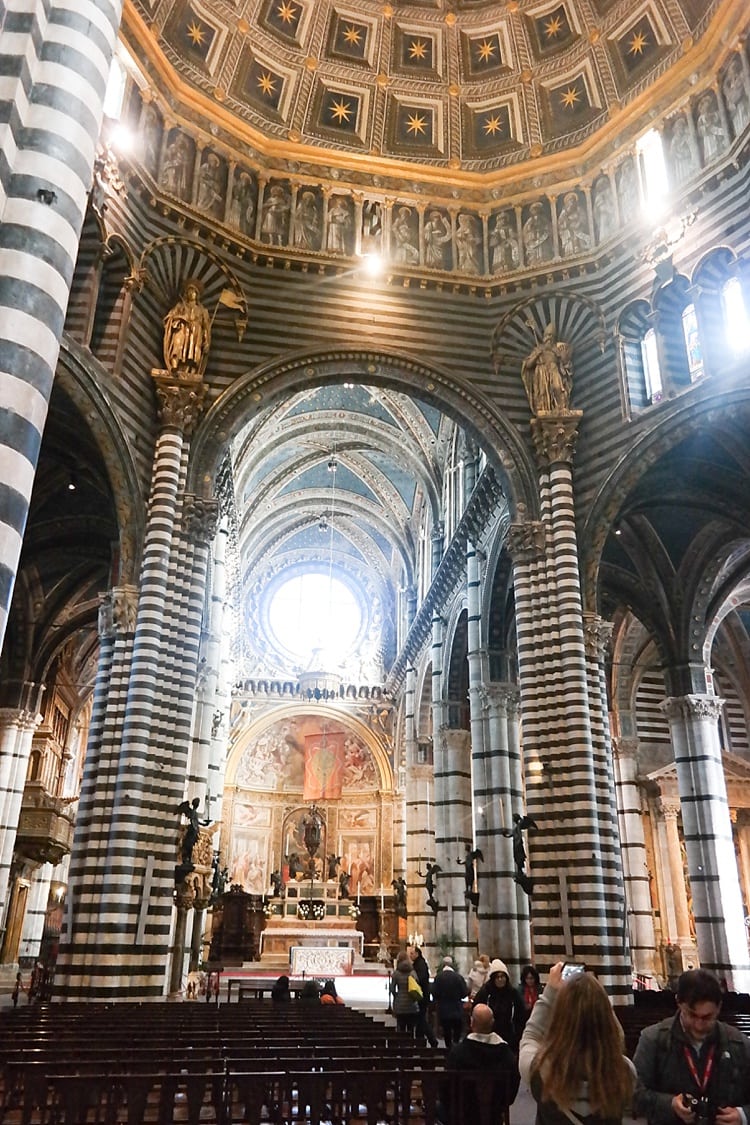 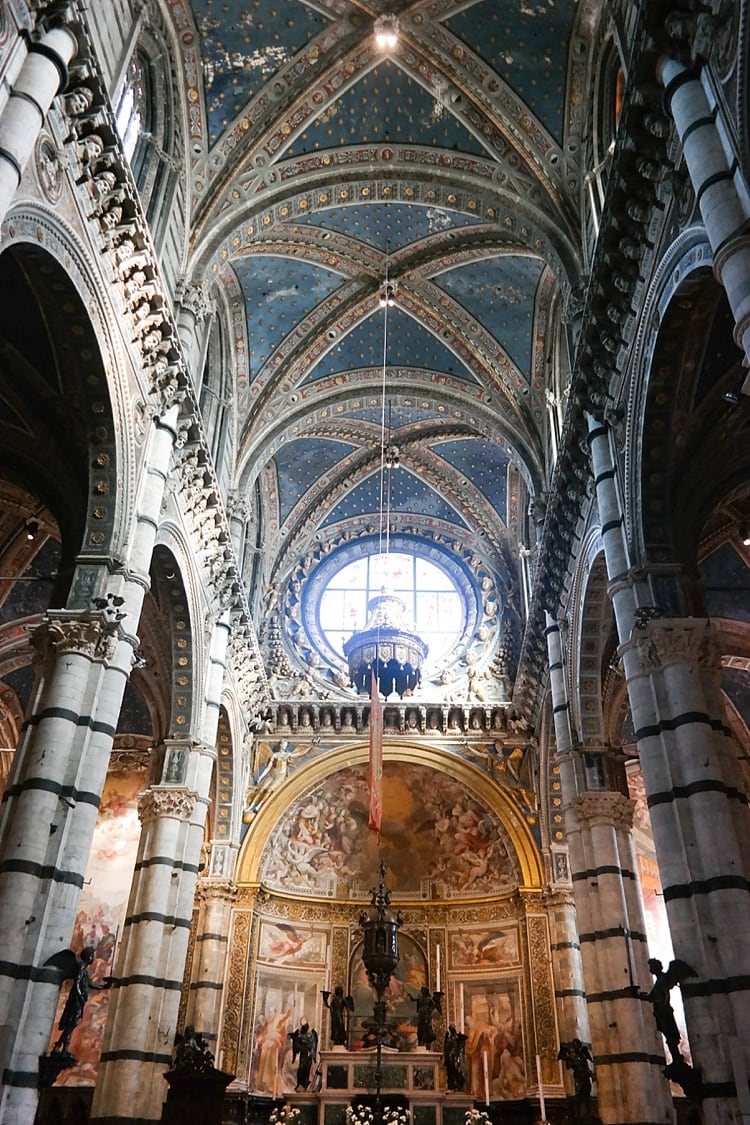 Lastly, I can’t mention Siena without mentioning their crazy horse race tradition. I watched a clip of it…so insane. The entire town is involved twice a year for a massive horse race that determines the glory and bragging rights of each section of the city. Horses are brought into that gorgeous church and blessed by priests and people weep over them. Weep. I love it! I want to go back so bad! 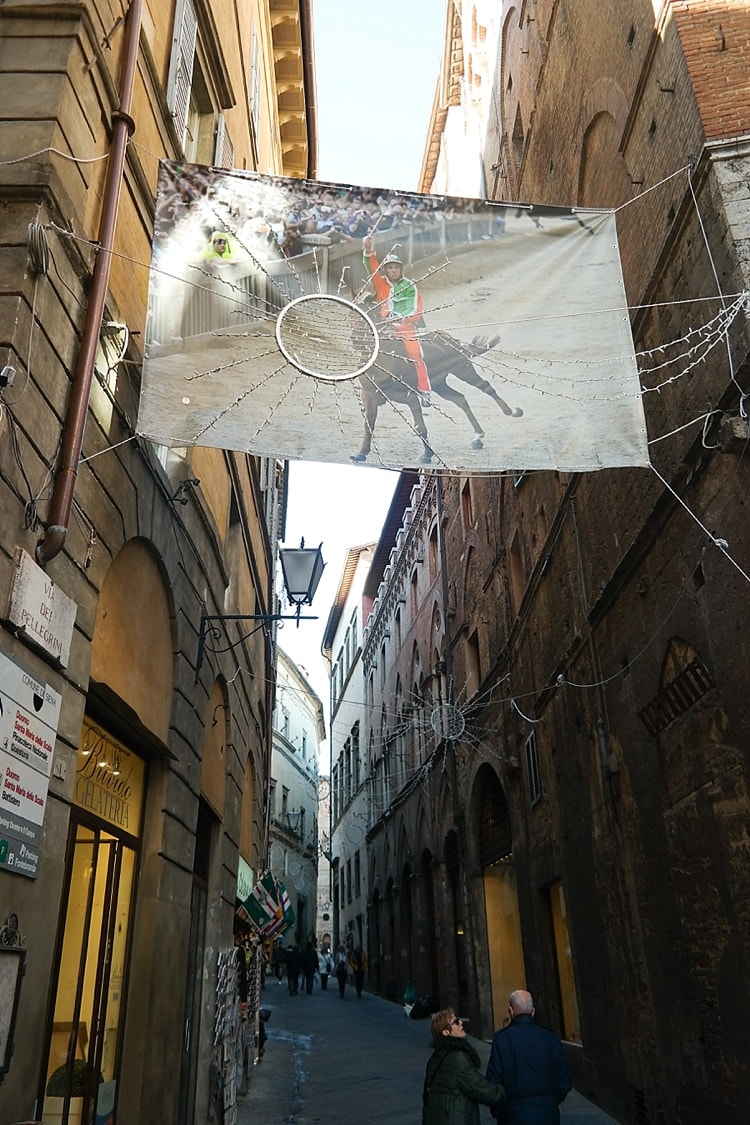 Sadly, we had to leave Siena, but then it was time to go on to our next stop, San Gimignano. We ate lunch at a local organic farm who grew every single thing we ate at their farm including the wine we drank, the olive oil, the flour for the bread and the pasta, the vegetables, the meat. It was so tasty! And the view wasn’t bad either, check it out. 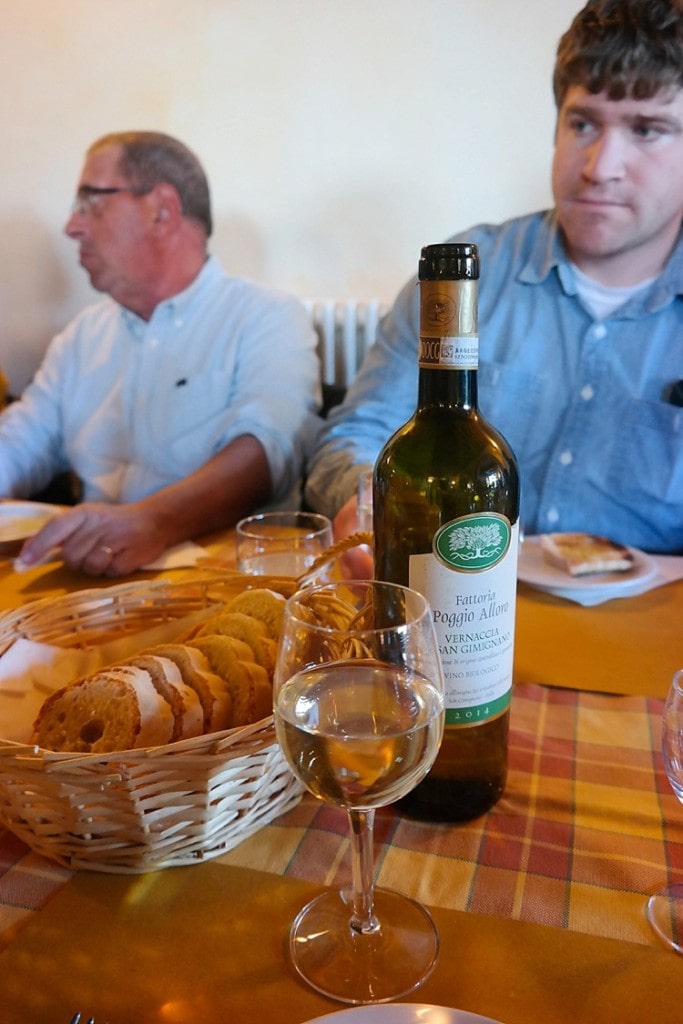 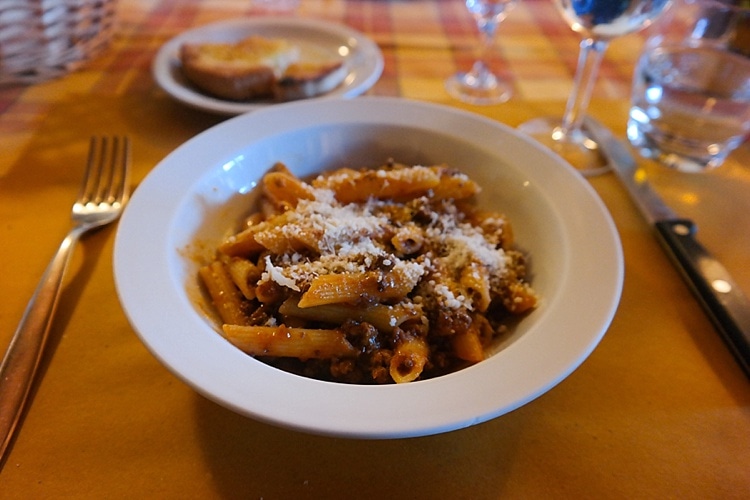 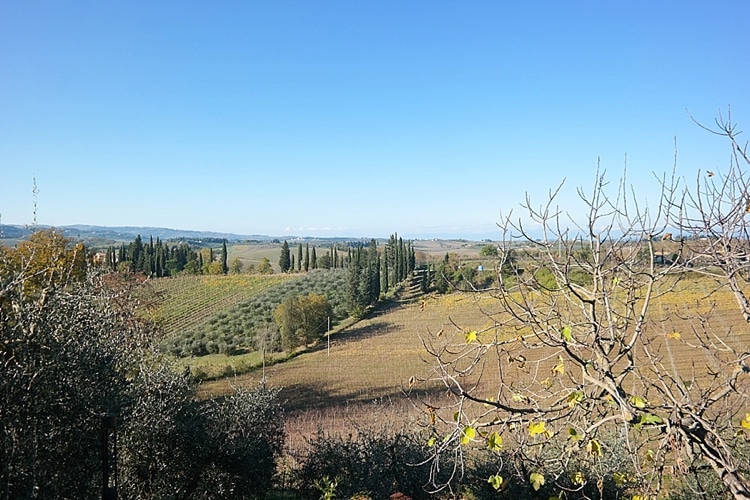 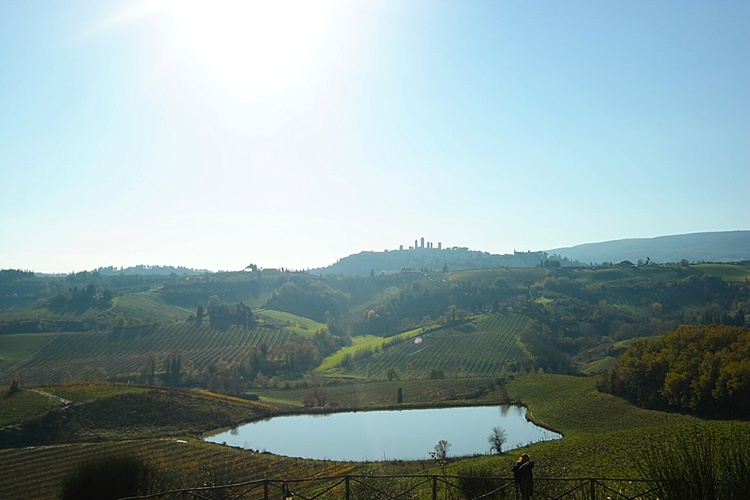 Then we went into the actual city of San Gimignano. Another gorgeous city! This city is up on top of a hill, so the views are just stunning. Also, we got a great workout in climbing all the tours so we could have gelato. 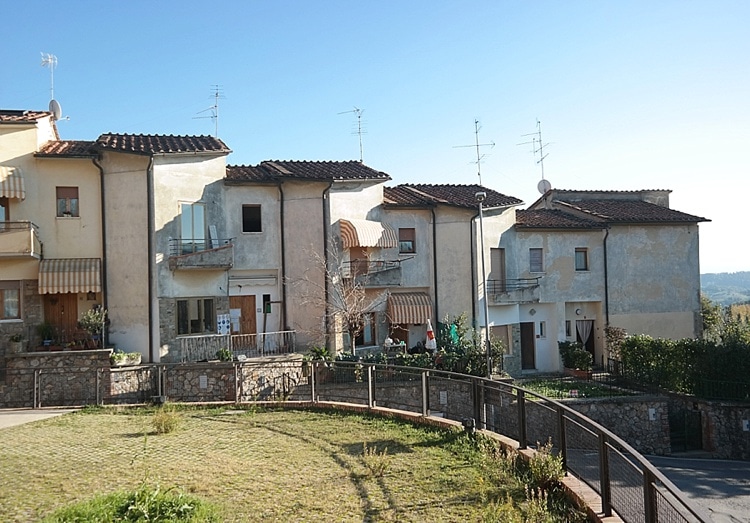 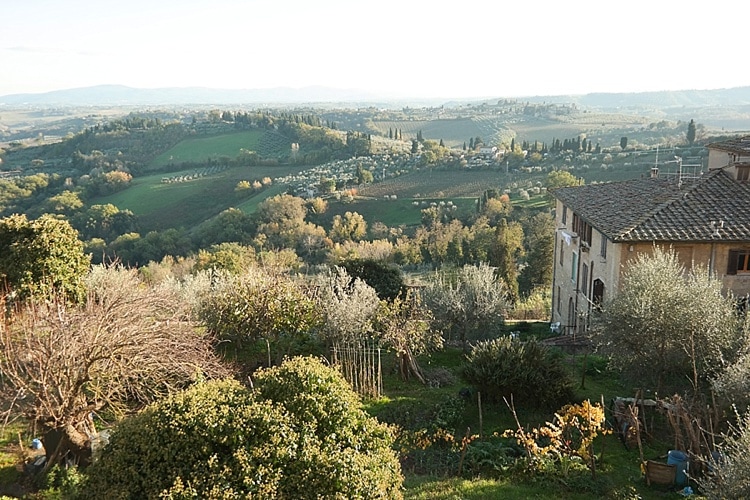 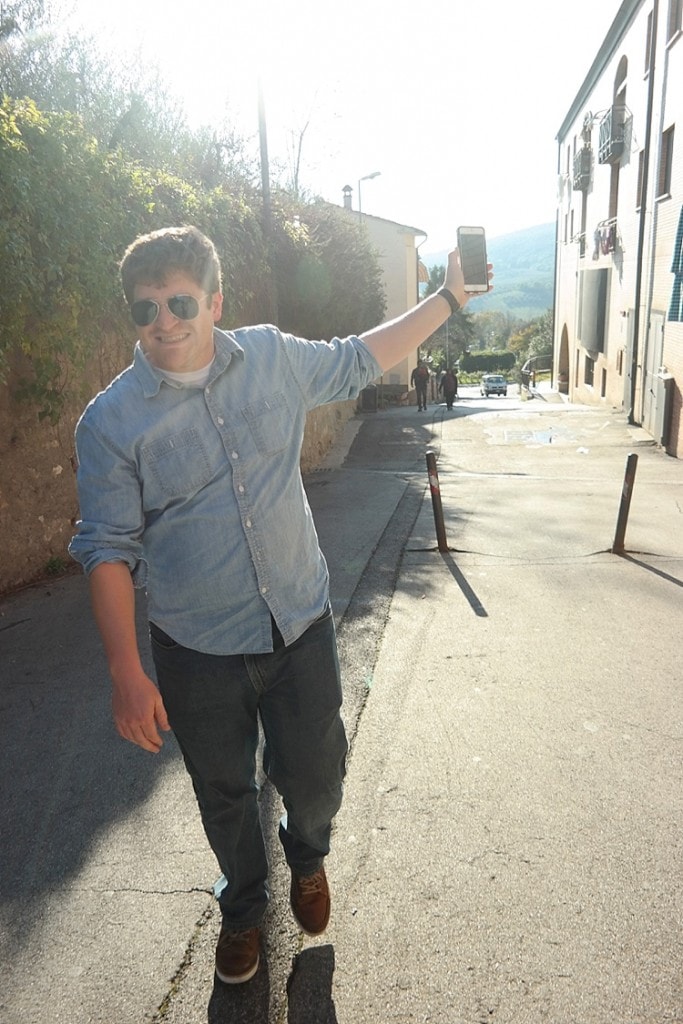 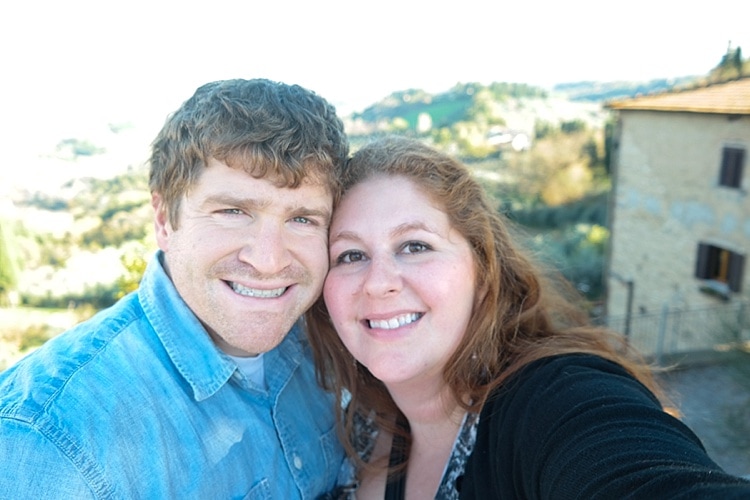 Is it weird to say gelato was my favorite part? I wouldn’t be the only one! San Gimignano is home to Gelateria Dondoli, a gelato shop that has won the honors of best gelato in the world! Make sure you go to the right place, there’s another gelatoria that has a sign that says “world’s best gelato”, but it’s a trick (kinda like the “world’s best cup of coffee” in Elf!). We got to meet the owner and he was so friendly and enthusiastic. I would be too if I got to make famous gelato with that view all day! 🙂 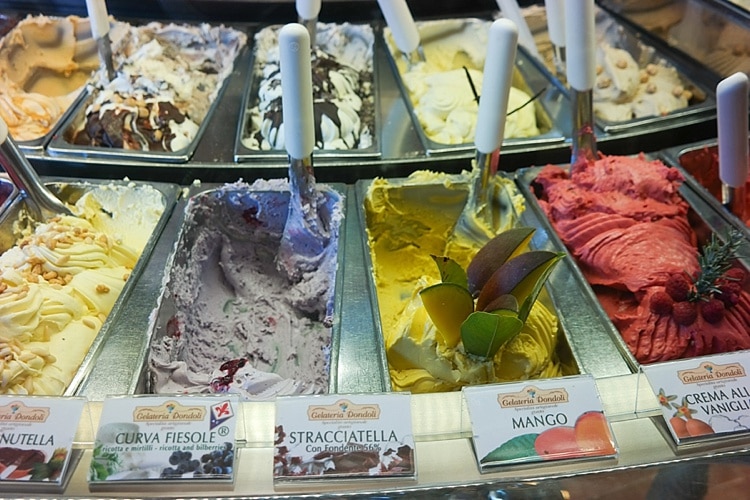 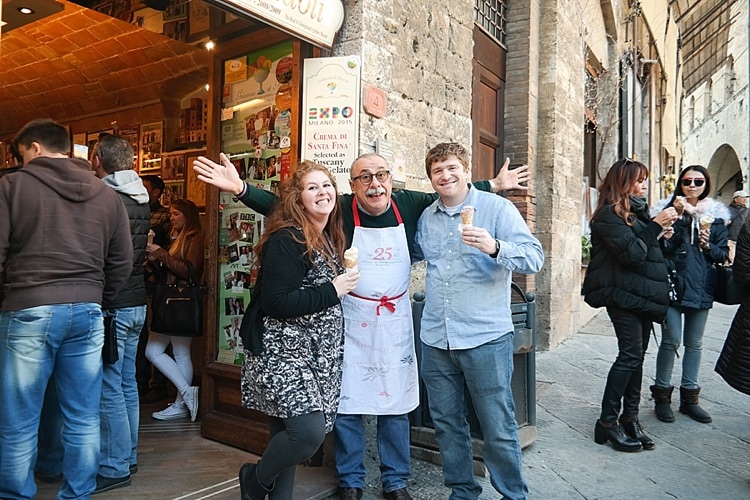 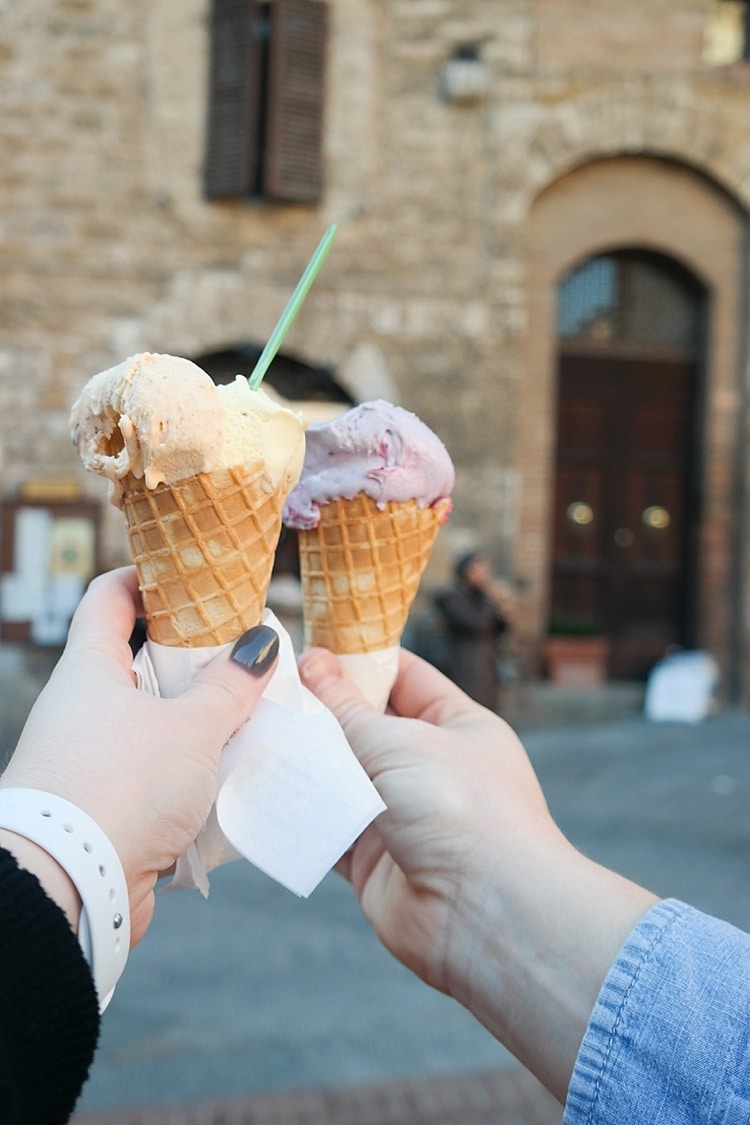 Finally, it was time for our third stop, Pisa. Pisa was my least favorite place we went on our trip. To be honest with you guys, we got scammed by a pizzeria there (only time that happened the entire trip!), and were followed around by men trying to sell fake designer clothing to us. The atmosphere was a bit odd there, but we did get our touristy photos holding up the leaning tower which was a Tuscan must on our travel list. 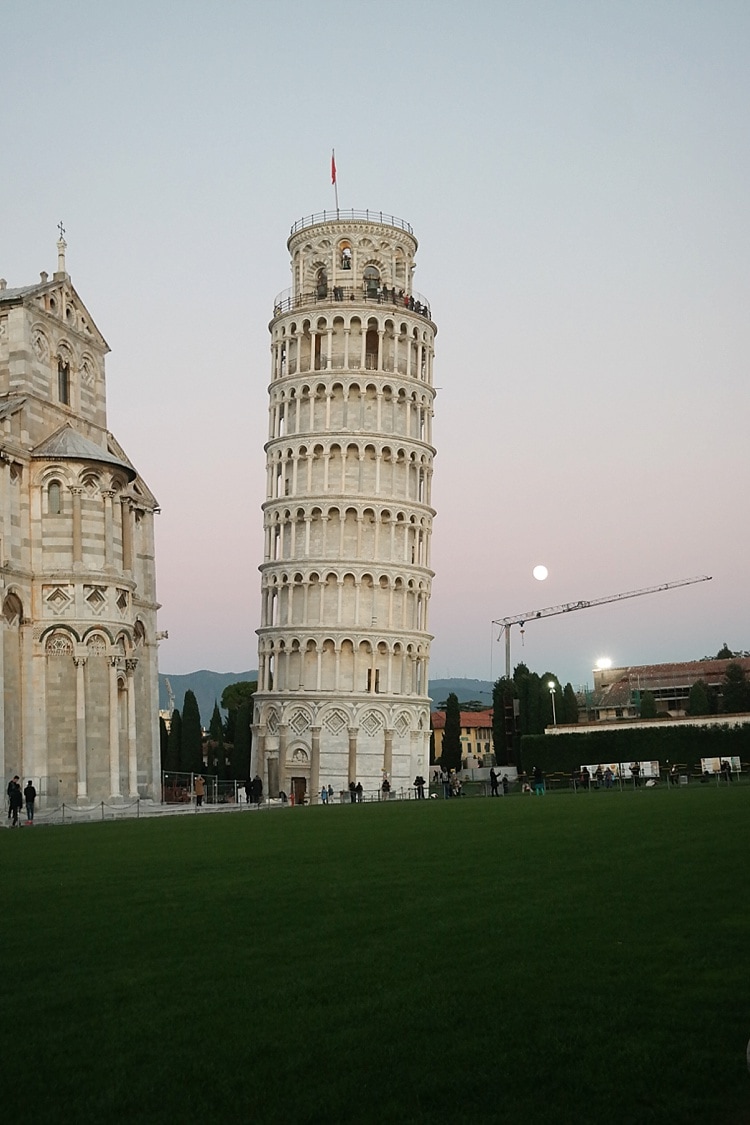 Overall, Tuscany was amazing and I can’t wait to go back! I’d love to go stay in Siena and rent a Vespa and drive all over Tuscany for a few weeks. Is a Vespa and wine tasting a bad combo? 😛

Scott has, once again, put together a little video to share the highlights of Tuscany with you all! Check it out: 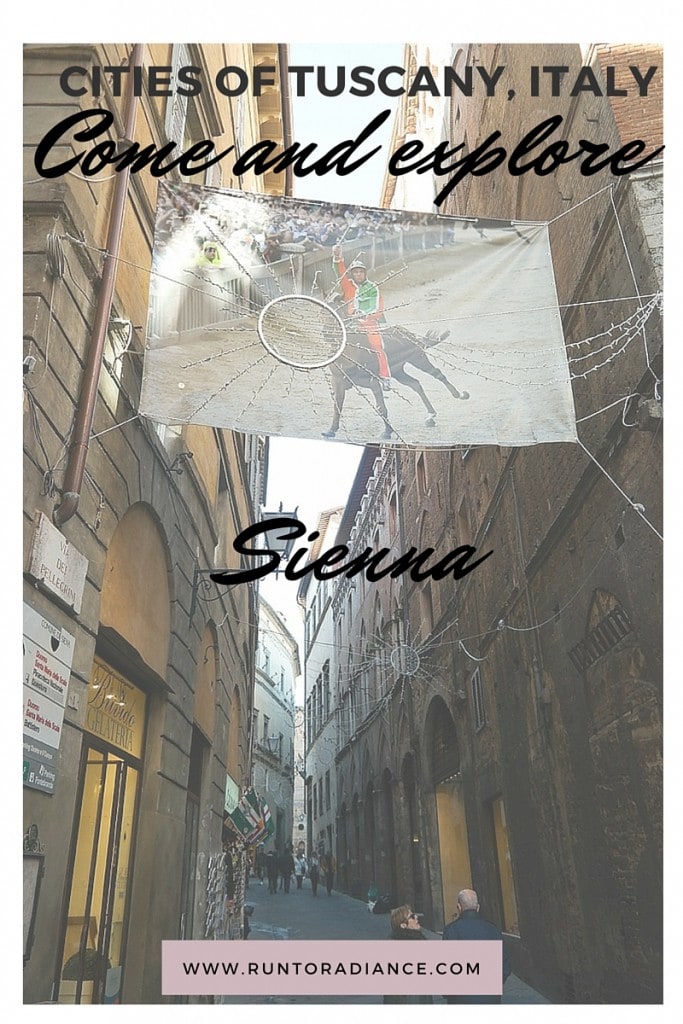