Before getting into today’s post, I just wanted to once again express my condolences to the victims of the Boston Marathon attack and offer my sympathies, thoughts and prayers.  In times like this, there aren’t words- but I believe in the power of prayer and the triumph of good over evil.  May you have peace that transcends all understanding.

How is everyone’s week going? Hopefully awesome!  I am excited to share today’s project because it shows the miracle of spray paint. 😛 As I’ve shared before- I work part time at a super fab staffing company.  The other week they were getting rid of some things and offered to let us take anything we wanted home.

At first, I wasn’t going to adopt anything because our garage is super full with orphaned furniture. However, when I spotted this lamp in the discard pile, I couldn’t help myself and brought him home with me. 🙂 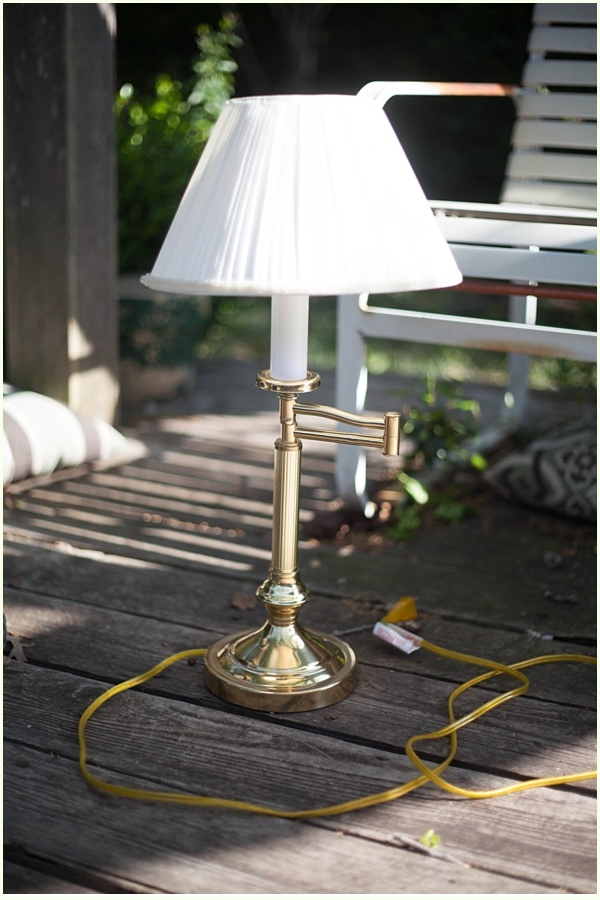 He’s a very practical lamp.  It swivels to and fro, which I like because I can use it over my papers when I’m working and when I’m done swing it away and let it do it’s magical ambiance thing.  Practical meets pretty, hello!

The first thing I did was give it a good dusting with a damp paper towel and allow to dry off.  Then I got busted out one of my favorite spray paints- Rustoleums’s Metallic Dark Steel.  I LOVE this stuff.  If you all haven’t tried it yet- you must!! You can literally see glitter particles dancing through the air when you are spraying.  Yay glitter! 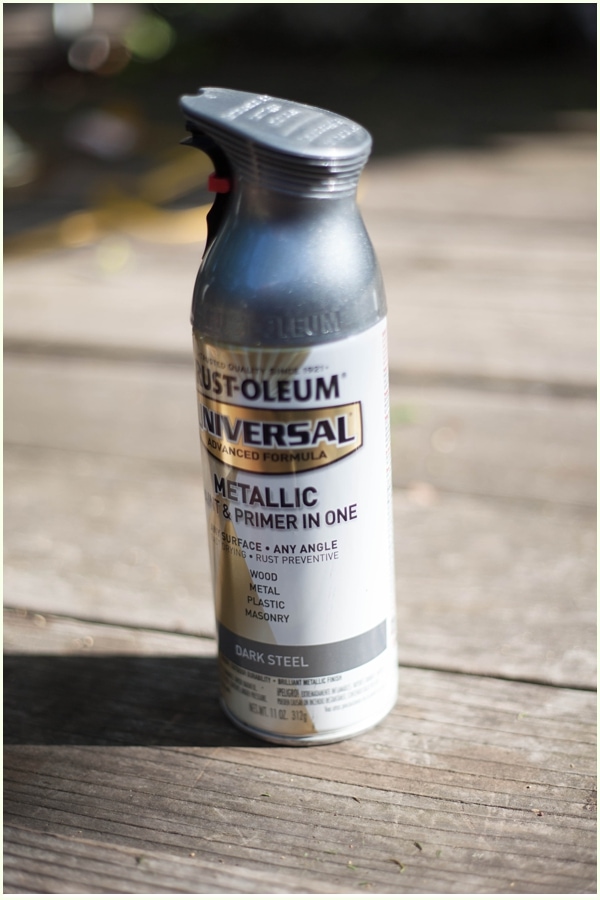 After taping off the portion where the light bulb screws in and the part where the plug is- I spray painted the entire lamp.  Including the cord.  I hope it doesn’t electrocute me later in life- I don’t think it will but I can’t 100% recommend it at this time.  All I know was the wire was a bad shade of gold and I wanted it to be pretty and metallic like the lamp.  So I went for it.Three coats later- this is what I ended up with.  Amazing! Total update for $6. 🙂 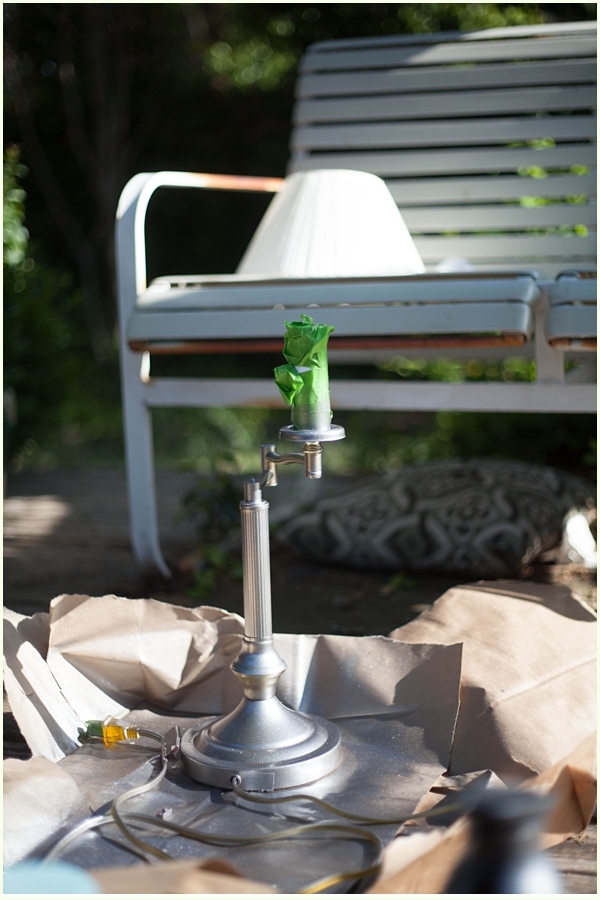 Then there was the issue of the lampshade.  It was white and paper and kind of boring, so I haphazardly taped off two stripes with painters tape- the goal was not to be perfect, but to make sure there was some white left to separate all the blue. 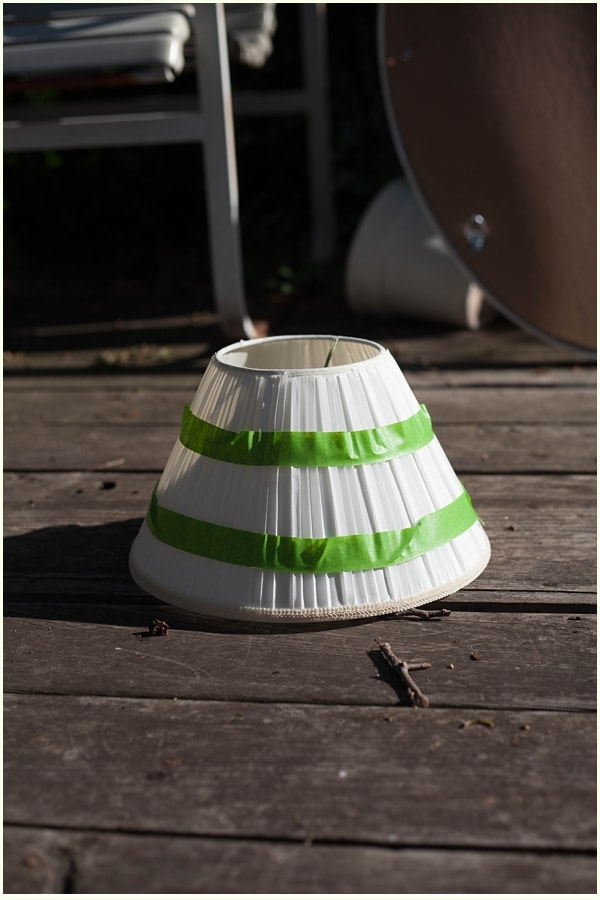 I then spray painted the rest this Aqua color, also by Rustoleum.  Note- if you don’t have one of these spray paint triggers you MUST get one.  I used to hate spray painting because my wrist would hurt for days- literally days after.  This is so much easier and only cost like $7.  I am a huge, gigantic fan. 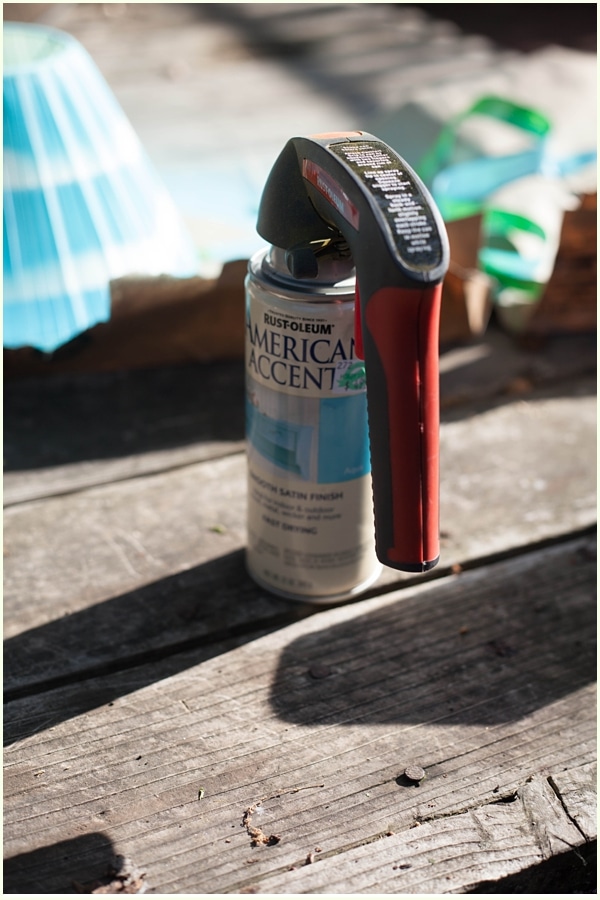 I was hoping to create a whimsical, tie dyed kind of look…I think I achieved it, don’t you? 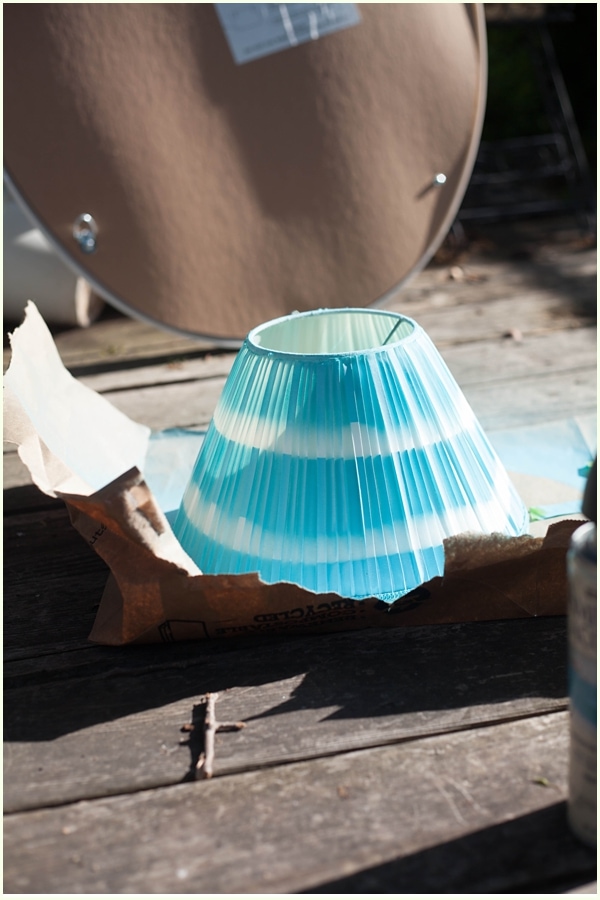 Again, I hope I don’t set anything on fire by spray painting the lampshade.  I highly doubt it though. 😛  I topped the lampshade off with a paper rosette I made and called it a day! 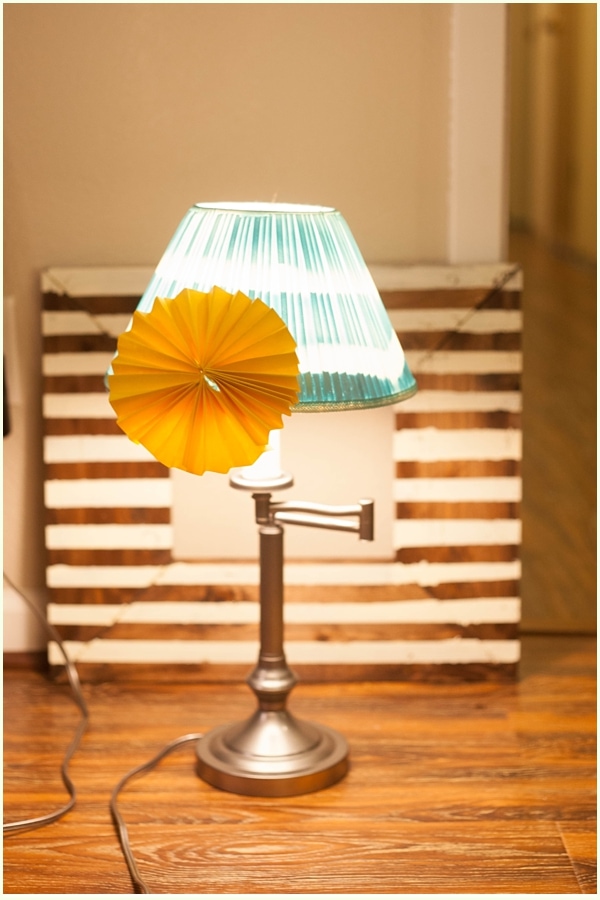 I am absolutely loving this lampshade 🙂 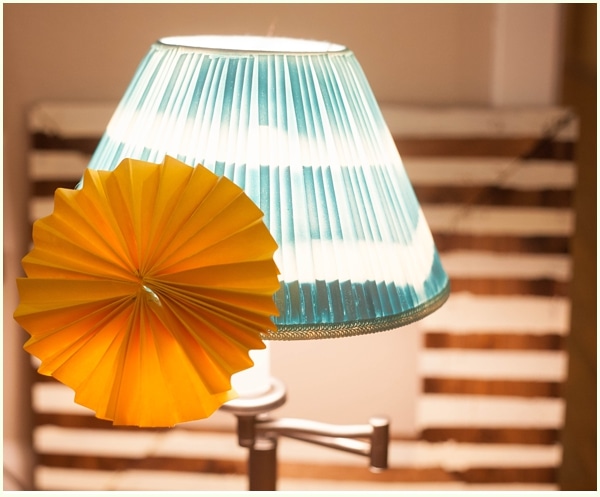 Sadly moments after this photo the lampshade tipped off and fell because the card stock rosette was too heavy.  So I decided to give the rosette a new home, at the base of the lamp. 🙂  Where will the lamp go now? I think back to his origins- the office- but this time it will stay on my desk and won’t end up in the donation pile! 🙂

So what do you all think?  Are you convinced of the miracle of spray paint? 🙂 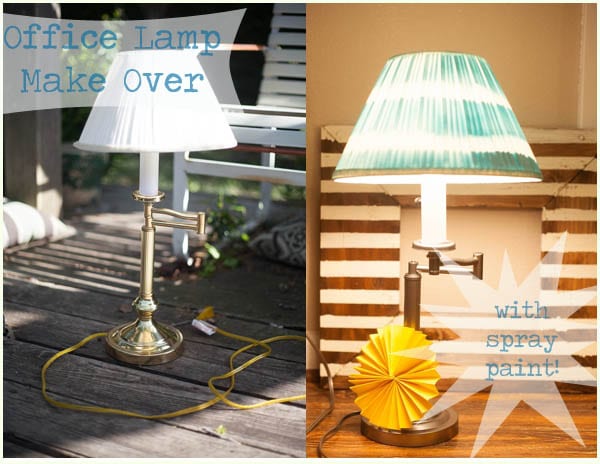