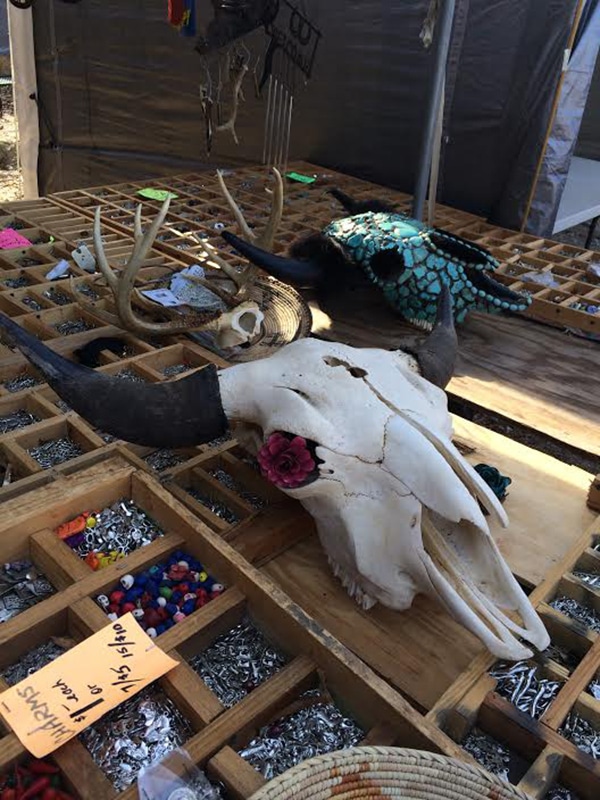 Happy Monday friends!! I read an article that said today is the “Blue Monday” and is the most depressing day of the year.  Here’s how you know I am the eternal optimist- I read that and thought, “well- that’s great!! That means everything after today will be smooth sailing!” 😉 No where to go but up right?

This weekend was such a blur. I was laying in bed last night thinking to myself I couldn’t believe it was over! But we got a ton of stuff done and had a ton of fun- including a Saturday spent at Canton! I am a huge fan of Canton and end up going about every other month or so since it’s only an hour from our house. If you don’t know what Canton is- I talked about it more here. So fun! There are a ton of different areas but Scott and I spent an entire six hours in the “garage sale” part of Canton where it’s a bit more hit or miss.  Luckily  we had a ton of hits.  Here’s a few pics from Canton…there really is something for everyone! 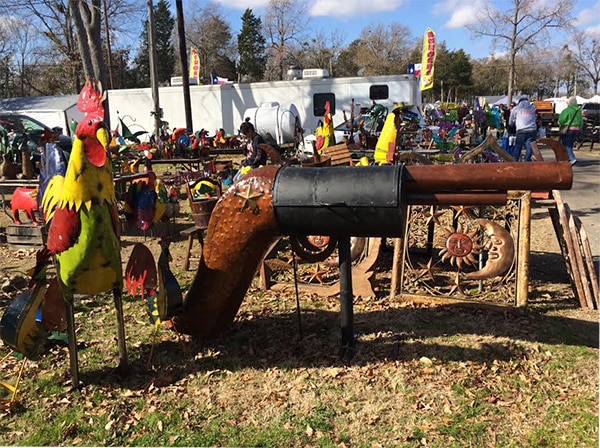 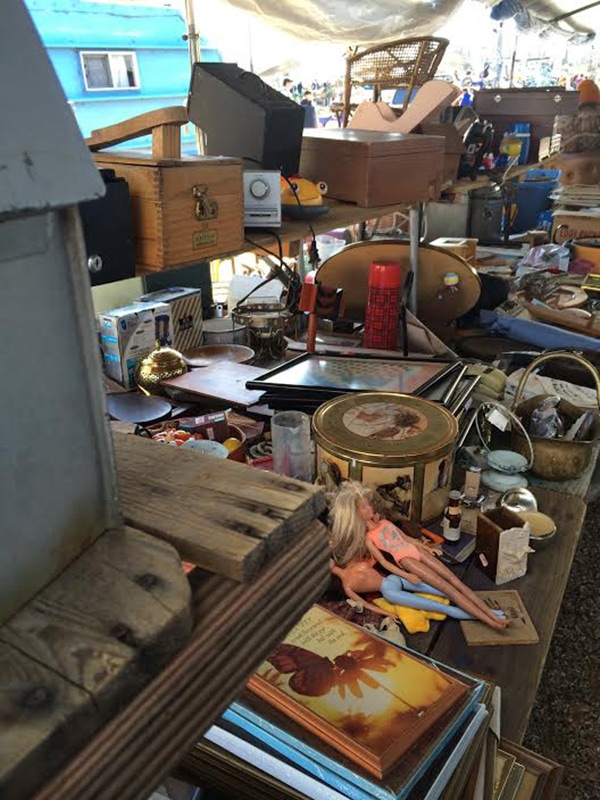 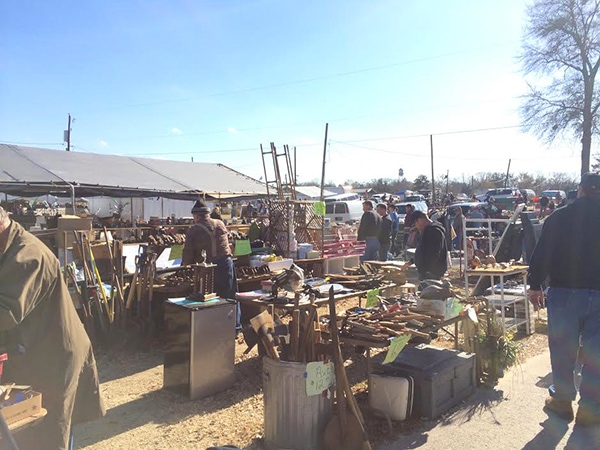 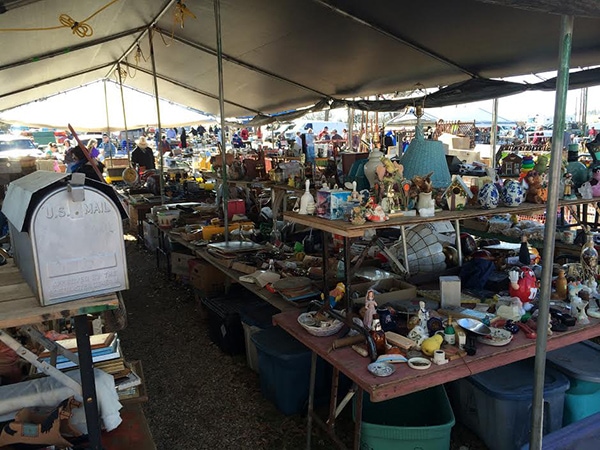 When we started out around 10am, it was pretty cold and super windy- about 45 degrees or so. By about 1pm I was sweating- it had gotten to 70 degrees! I was sooo happy! Good thing we dressed in layers.  (Today it is currently 16 degrees btw…..oh Texas, you tease). 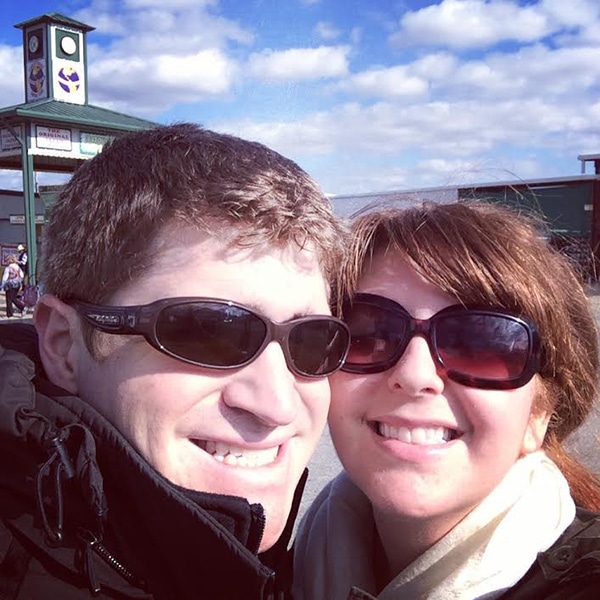 We saw so many cool things I would love to had but didn’t have a budget or space for. There was an old drafting table with these incredible drawers for $400. There was an entire booth of dismantled peices from a printing press. Hand painted and hand made jewelry and trinkets.  But we did a great job and only purchased things we really had a space and function for…or that were too good to walk away from.  There were a few things that we were going to go back for at the end, but were already sold.  Luckily we weren’t head over heals in love.  The number one rule I have for thrifting? If you absolutely love it, get it immediately. Because chances are it won’t be there. Only if you absolutely love it though! 🙂

So what did make the cut and came home with us? These guys: 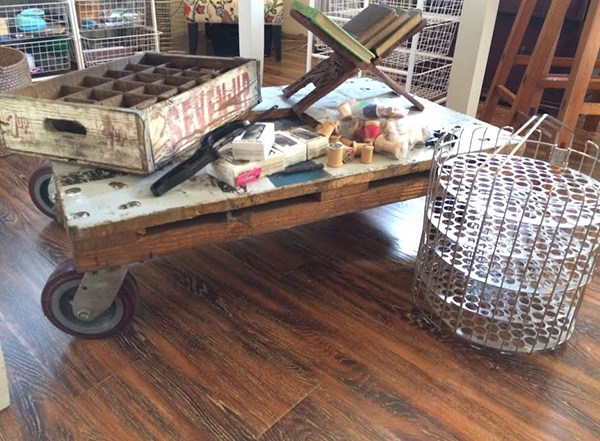 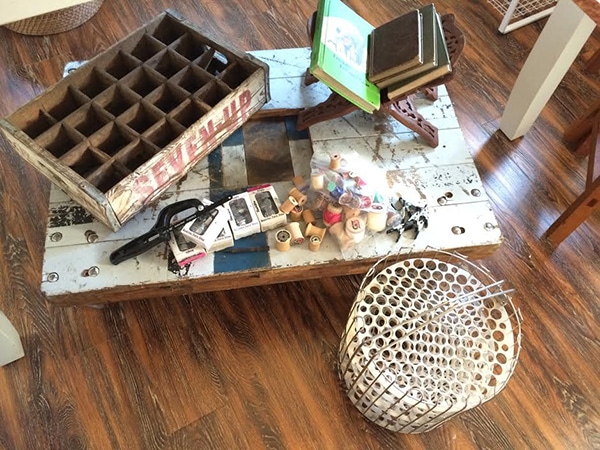 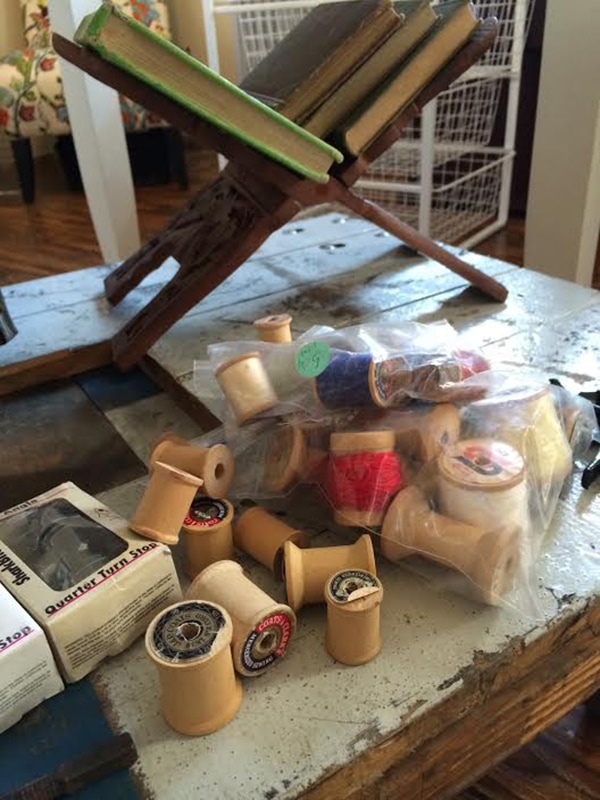 So as you can see from the above photos there were quite a few random things we picked up.  Scott even found some tools and plumbing supplies. 🙂 See? Something for everyone for real! 🙂 I got 30 vintage wooden spools that I was looking for, for $3.  I almost bought 20 on etsy for $10 the other day….so it was an awesome deal!

How cool is this cart that we got? It’s probably my favorite thing we picked up. We got it for a great deal, and when Scott saw it he said, “that looks like something you’d find right at Anthropologie.” Done. Sold. 🙂 I actually was designing plans to build something just like this for my studio, so it was a total win! Check out the wheels.  And the chippy paint!! 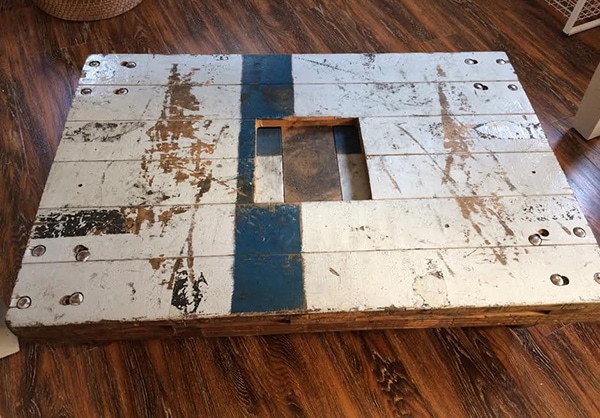 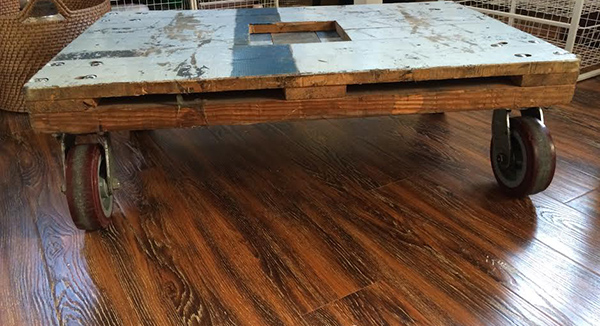 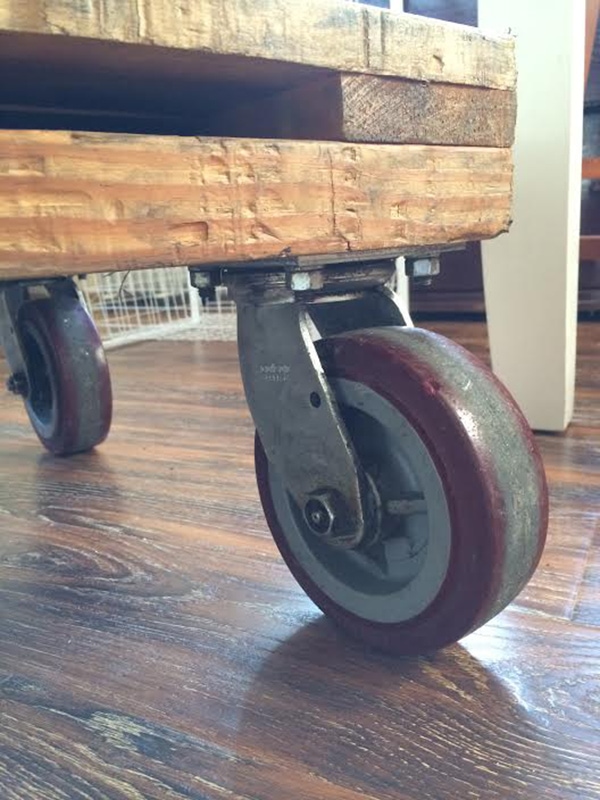 The first thing I got was this Seven-Up crate for $5.  It has 24 compartments inside of it, and after paying, I left it with the dealer to pick back up at the end of the day.  When I came back he told me someone offered him $30 for it, but he told them it had already been sold.  Again- I was specifically looking for a wood crate like this, so yay! Another thing I was looking for that I was super excited to find was stools.  I wanted 4 different ones, but this is the only one I liked enough to bring home with me. Bonus- it was only $5 and is a super pretty color. 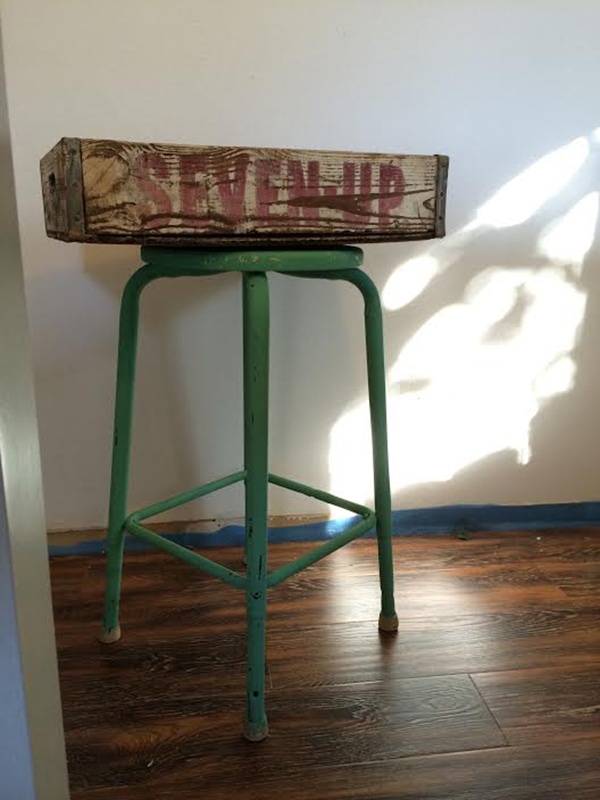 I get this from my dad but I am a total sucker for old books. I love the look and feel and smell of them. I got three for $10- one from 1952, one from 1905 and one from 1921.  🙂 I’m excited to read them- one of them was apparently a classical book that children had to read in 1905-it’s a long poetry book called “The Lady of The Lake”.  Another one was “Rip Van Winkle & Other Sketches”. And of course I couldn’t pass up “Friends Far and Near”. 🙂 When we asked the prices of these and the man quoted us $10, his wife got really upset and said he was throwing away books worth hundreds. I don’t think that’s true, but I was prepared to pay $15 in my mind, so we quickly handed over a $10 and left. 🙂 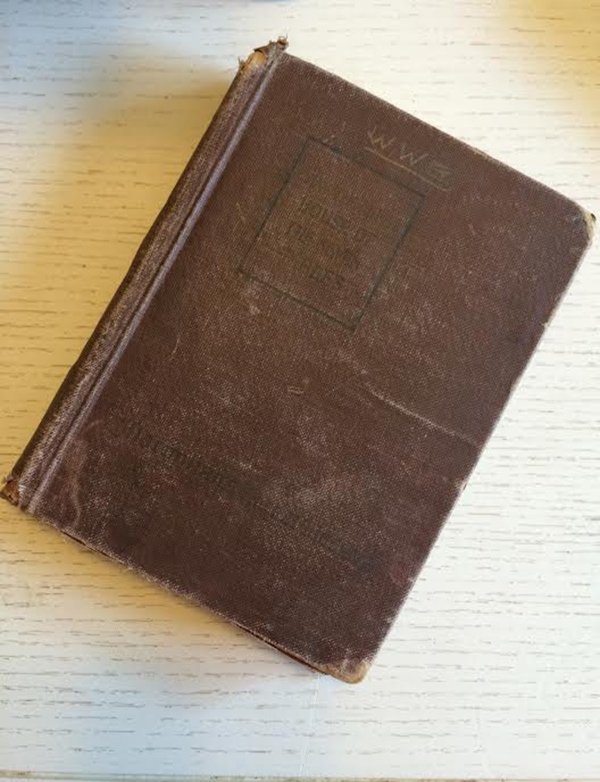 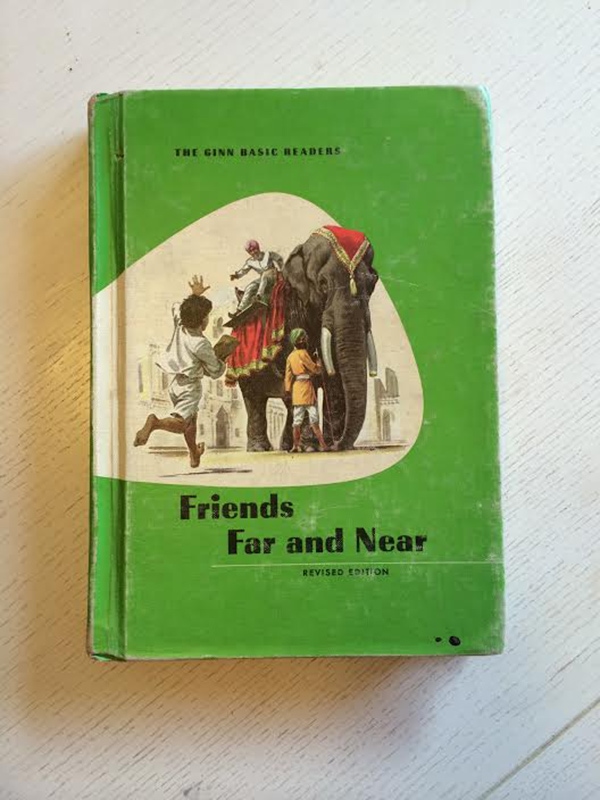 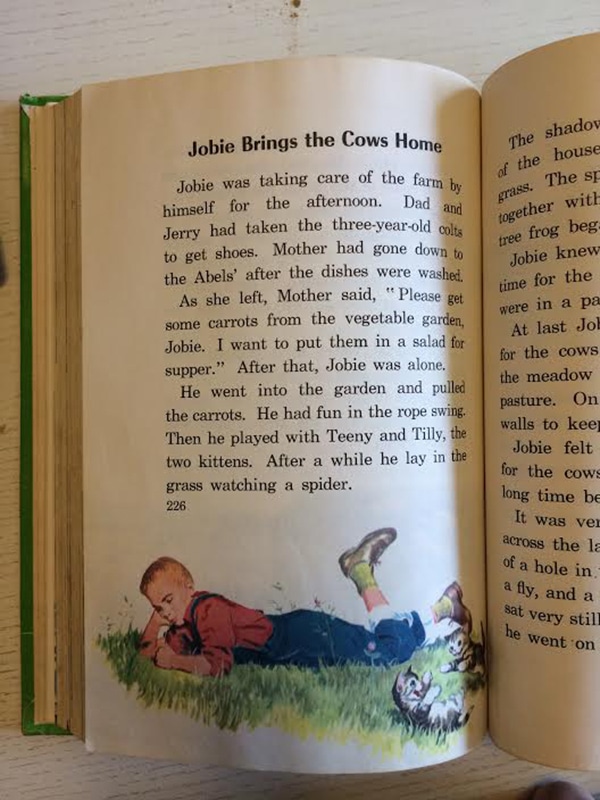 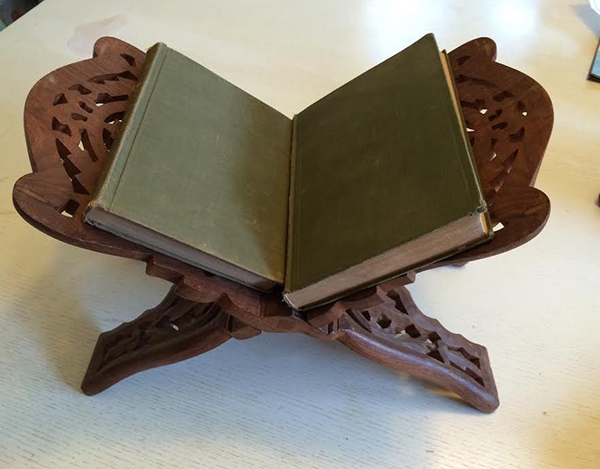 See this super cool book holder? When I spotted it, I ran over to it and snatched it up.  Yes, it’s super cool and totally worth the $15 I spent, but there was another reason why I was so excited. 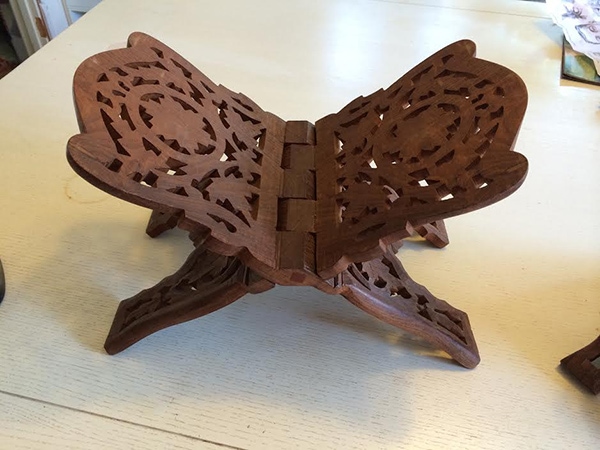 It looked like a bigger, almost identical version of the authentic hand-carved one my mom gave me as one of my wedding day presents. We used it during our wedding to hold a bible on our Persian table.  See how similar? The bigger one will never be as special, but I love the look. 🙂 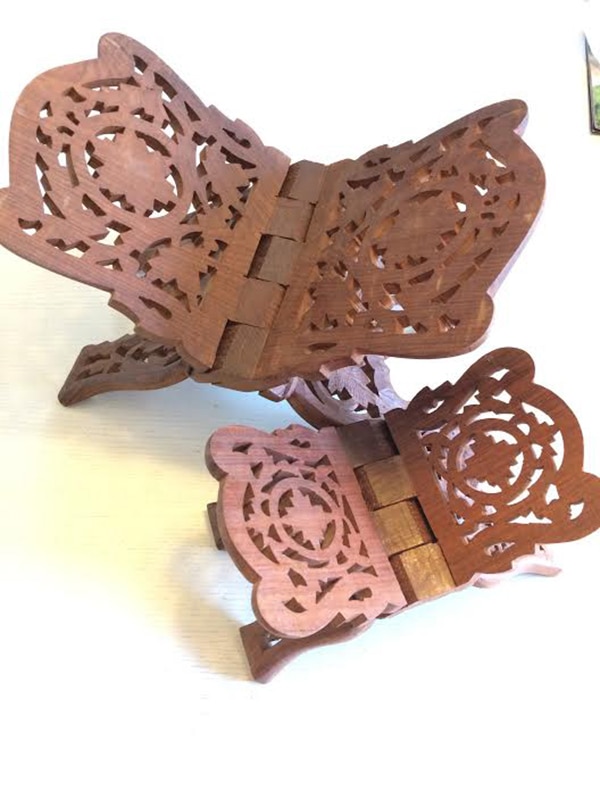 I also bought this wooden slab from a dealer we were talking to. He had spelled “blackberry” wrong and was going to take it back home to repurpose it, so I was able to get it for a super great deal.  I plan on using it as a shelf in our home somewhere- if you flip it over and hang it above eye level you’d never know! And I am super into live-edged things these days!

Lastly, I spotted this metal thing as a dealer was packing up there stuff.  it caught my eye because it was so interesting.  It was priced at $30, but Scott got it for $15 since they were packing up and leaving anyways.  After a lot of great guesses on Facebook and Instagram we finally think it must have originally been a pie cooling/carrying rack.  Any other guesses? We still aren’t 100% but I can tell you a plate/pie tin fits perfectly on each little shelf.  Whatever it was in it’s past life, it will be something different from here on out. I just haven’t decided what quite yet. 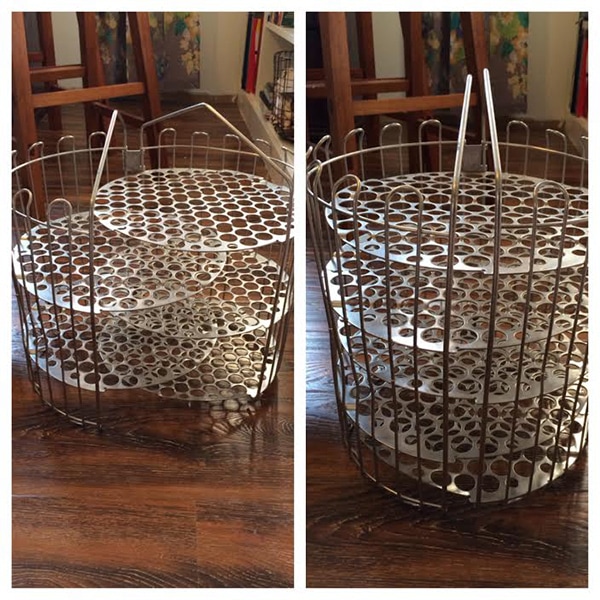 After Canton we were wiped out. We picked up Chipotle, had a beer and were in bed by 9pm. It was so glorious! 🙂 What about you guys? Any fun thrifiting treasures lately?